This book traces the history of the MIT Department of Mathematics—one of the most important mathematics departments in the world—through candid, in-depth, lively conversations with a select and diverse group of its senior members. The process reveals much about the motivation, path, and impact of research mathematicians in a society that owes so much to this little understood and often mystifying section of its intellectual fabric.

At a time when the mathematical experience touches and attracts more laypeople than ever, such a book contributes to our understanding and entertains through its personal approach.

Joel Segel, the editor and interviewer, is a writer with a background in the sciences and the son of an accomplished mathematician.

Recountings provides a history of the MIT Mathematics Department, as told through interviews conducted with 12 of its current and former faculty members, plus Zipporah (Fagi) Levinson, widow of Norman Levinson (and one-time 'den mother' of the department). . . . What emerges is a piecemeal yet compelling portrait of the department's rapid post-WW II transformation from a program largely focused on offering mathematical instruction to engineering students, to a world-class research enterprise. Along the way, readers encounter tales about the inimitable and eccentric Norbert Wiener, but also learn how longtime department head W. T. Martin and driving force Norman Levinson—and many others—oversaw the department's growth, crafted its faculty, managed the conflicts between the pure and applied mathematicians, and maintained strength in both research and education. Academic mathematicians (including those lacking any MIT connection) will find much to enjoy, and academic administrators much to consider emulating. . . . Highly recommended.
-- CHOICE Magazine, July 2009

Recountings tells of the influential US mathematics department at the Massachusetts Institute of Technology (MIT) through interviews with a dozen faculty members by author Joel Segel. . . The interest in teaching among these senior faculty members is broad and deep. . . The professors share their strategies for achieving research success, from working on prize problems to developing an intuitive feel for proofs. They explain how new research directions have come from interactions with students and colleagues or from writing a review article. . . [T]he insights in [this book] will inspire mathematicians and scientists to come.
-- NATURE, August 2009

The book as a whole is a fascinating mosaic of the rise of a mathematical department to a prominent position among the world's most distinguished mathematical institutions. In addition to this, the interviews reaveal facets of the process of mathematical discovery, the motivations of the scientists and the social contexts in which they carried out their work. Thus the stories in the book will be of interest to mathematicians and non-mathematicians alike.
-- Karl-Heinz Schlote, Mathematiacl Reviews, June 2010

There is a growing library of books comprising part of our [mathematics] subculture’s collective mythology and sociology, or rather (if we’re honest), our sources for gossipy tales, tall and otherwise.The book under review, Recountings: Conversations with MIT Mathematicians, qualifies in spades. It’s full of really good stuff . . . these offerings are in the form of interviews, much along the lines of the way Mathematical People and More Mathematical People were set up—and equally successfully. It all reads very well, and is incredibly fascinating . . . It’s a terrifically interesting book, and just plain fun. I’ll read it again and again.
-- Michael Berg, MAA Reviews, March 2009

Though never in the eye of popular culture, these men kept society advancing with their minds. Recountings: Conversations with MIT Mathematicians is a collection of interviews and anecdotes fiom the geniuses of MIT who have pursued mathematics as their life's careers and obsessions. These men have been responsible for major scientific advances throughout history and picking their minds in a volume that's more interesting than one could think math class could ever be. Recountings is an intriguing look at mathematics and the men behind it.
-- Library Bookwatch, May 2009 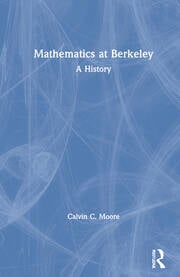 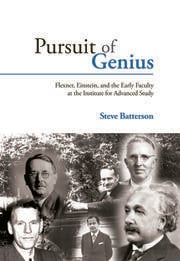