This book presents up-to-date research developments and novel methodologies regarding recursive filtering for 2-D shift-varying systems with various communication constraints. It investigates recursive filter/estimator design and performance analysis by a combination of intensive stochastic analysis, recursive Riccati-like equations, variance-constrained approach, and mathematical induction. Each chapter considers dynamics of the system, subtle design of filter gains, and effects of the communication constraints on filtering performance. Effectiveness of the derived theories and applicability of the developed filtering strategies are illustrated via simulation examples and practical insight.

Jinling Liang received the B.Sc. and M.Sc. degrees in mathematics from Northwest University, Xi’an, China, in 1997 and 1999, respectively, and the Ph.D. degree in applied mathematics from Southeast University, Nanjing, China, in 2006. She was a Post-Doctoral Research Fellow from April 2007 to March 2008 and a Visiting Research Fellow from January to March 2010, with the Department of Information Systems and Computing, Brunel University, London, U.K., sponsored by the Royal Society, U.K. From March to August 2009, she was a Research Associate with The University of Hong Kong, Hong Kong. From January to March 2017, she was a Temporary Associate Research Scientist with the Texas A&M University at Qatar, Qatar. From January to April 2018, she was a Senior Research Associate with the City University of Hong Kong, Kowloon, Hong Kong. She is currently a Professor in the School of Mathematics, Southeast University.

Professor Liang’s research interests include two-dimensional systems, stochastic systems, complex networks, robust filtering and bioinformatics. She has published around 90 papers in refereed international journals. According to the Web of Science, her publications have received more than 3000 citations with h-index 36. She has served (or is serving) as an Associate Editor for IEEE Transactions on Neural Networks and Learning Systems, International Journal of Computer Mathematics, IET Control Theory & Applications, Neurocomputing. She is also a member of the program committees of more than 20 international conferences, and serves as a very active reviewer for many international journals.

Zidong Wang is currently a Professor of Department of Computer Science at Brunel University London in the United Kingdom. From January 1997 to December 1998, he was an Alexander von Humboldt research fellow with the Control Engineering Laboratory, Ruhr-University Bochum, Germany. From January 1999 to February 2001, he was a Lecturer with the Department of Mathematics, University of Kaiserslautern, Germany. From March 2001 to July 2002, he was a University Senior Research Fellow with the School of Mathematical and Information Sciences, Coventry University, U.K. In August 2002, he joined the Department of Information Systems and Computing, Brunel University, U.K., as a Lecturer, and was then promoted to a Reader in September 2003 and to a Chair Professor in July 2007.

Fan Wang received the B.Sc. degree in mathematics from Hefei Normal University in 2012, and the Ph.D. degree in applied mathematics from Southeast University, Nanjing, China, in 2018. From 2016 to 2018, she was a visiting Ph.D. student with the Department of Information Systems and Computing, Brunel University London, Uxbridge, U.K. She was a Research Associate with the Department of Mechanical Engineering, The University of Hong Kong, Hong Kong, in 2019, for two months. She is currently a Postdoctoral Research Fellow with the School of Automation, Southeast University, Nanjing, China. 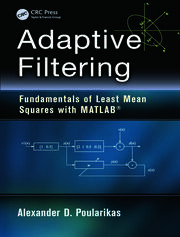 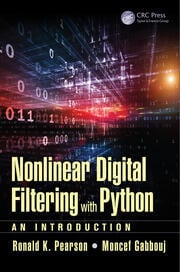 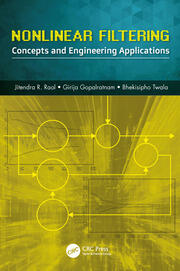