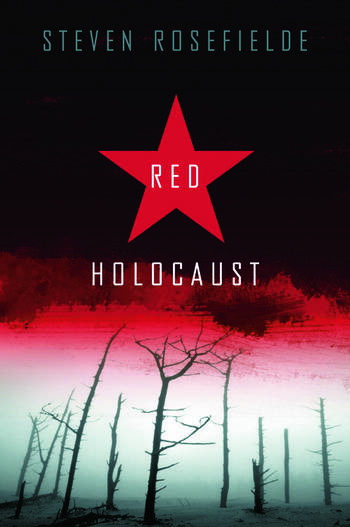 Twentieth and twenty-first century communism is a failed experiment in social engineering that needlessly killed approximately 60 million people and perhaps tens of millions more. These high crimes against humanity constitute a Red Holocaust that exceeds the combined carnage of the French Reign of Terror, Ha Shoah, Showa Japan's Asian holocaust, and all combat deaths in World War I and II. This fascinating book investigates high crimes against humanity in the Soviet Union, eastern and central Europe, North Korea, China, Vietnam, Laos and Cambodia 1929-2009, and compares the results with Ha Shoah and the Japanese Asian Holocaust.

As in other studies, blame is ascribed to political, ideological and personal causes, but special emphasis is given to internal contradictions in Marx's utopian model as well as Stalinist and post-Stalinist transition systems concocted to realize communist ends. This faulty economic engineering forms a bridge to the larger issue of communism's historical failure.

- a comprehensive study of the transcommunist holocaust

- a judicial assessment of holocaust culpability and special pleadings

- an obituary for Stalinism everywhere except North Korea, and a death watch for contemporary communism in China, Vietnam, Laos, Cambodia, North Korea, Cuba and Nepal

- a comparative assessment of totalitarian high crimes against humanity

- a call for memory as a defense against recurrent economic, racial and ethnic holocausts

The book will be useful to undergraduate and higher level students interested in Russian history, Stalism, communism, North and South Korean economic performance and international affairs.

Steven Rosefielde is a Professor of Economics at the University of North Carolina, Chapel Hill and a member of the Russian Academy of Natural Sciences.

Steven Rosefielde is a Professor of Economics at the University of North Carolina, Chapel Hill and a member of the Russian Academy of Natural Sciences. One of the world's leading experts in Soviet/Russian Studies, Comparative Economic Systems and International Security, he is the author of numerous books including the Russian Economy: From Lenin to Putin (2007).