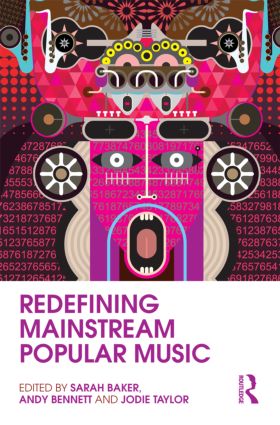 Redefining Mainstream Popular Music is a collection of seventeen essays that critically examines the idea of the "mainstream" in and across a variety of popular music styles and contexts. Notions of what is popular vary across generations and cultures – what may have been considered alternative to one group may be perceived as mainstream to another. Incorporating a wide range of popular music texts, genres, scenes, practices and technologies from the United Kingdom, North America, Australia and New Zealand, the authors theoretically challenge and augment our understanding of how the mainstream is understood and functions in the overlapping worlds of popular music production, consumption and scholarship. Spanning the local and the global, the historic and contemporary, the iconic and the everyday, the book covers a broad range of genres, from punk to grunge to hip-hop, while also considering popular music through other mediums, including mash-ups and the music of everyday work life. Redefining Mainstream Popular Music provides readers with an innovative and nuanced perspective of what it means to be mainstream.

Sarah Baker is a senior lecturer at Griffith University, Queensland, Australia. She is the author of Creative Labour: Media Work in Three Cultural Industries (with David Hesmondhalgh).

Andy Bennett is Professor of Cultural Sociology and Director of the Griffith Centre for Cultural Research at Griffith University, Queensland, Australia. He has authored and edited numerous books including Popular Music and Youth Culture, Cultures of Popular Music, Remembering Woodstock, and Music Scenes (with Richard A. Peterson).

Jodie Taylor is a Research Fellow at Griffith University, Queensland, Australia. She is the author of Playing it Queer: Popular Music, Identity and Queer World-making.