A growing number of educators are beginning to believe that as we move into a different kind of world with different possibilities, the traditional approach to teaching is no longer the most productive. They are beginning to understand that if we are to continue progressing as a nation, we need to place more emphasis on the development of each student’s unique potential. This book presents a new model for education that achieves this goal through the effective use of technology.

first looks at the evolution of the U.S. public education system, explaining how we got here and where we are in terms of our system’s strengths and weaknesses. The book explores the philosophical and theoretical roots of the U.S. system developed in Europe centuries ago. It introduces the major dilemma of whether emphasis should be on ensuring that all students reach a defined level of expertise or on encouraging individual students to develop their full potential.

The authors then present an exciting new paradigm of teaching that incorporates computer technology into education. This new paradigm allows students to use computer programs to progress at their own rate in subjects they enjoy and excel at while, concurrently, ensuring that they still get the basics they need to function successfully in society. The book details the key logistics of the new paradigm, including the way classes are run, the way subjects are taught, and the way students are graded.

Growth versus Development
A More Balanced Perspective?
Evolution of Society’s Shaping Ethic
Academia Is Slow to Catch on

The Historic Evolution of Education in Europe: A Brief Synopsis
Only for the Chosen
Theoretical Roots of Modern Education
Opposing Schools of Thought Begin a Never-Ending Battle
A Dilemma Faced by Educators
Rationalizations That Don’t Work
Good Intentions Lead to Naught

Education in the United States during the Early 1900s
Psychologists Get Involved in Shaping Education Policy
Three Different Mindsets
Mechanistic Thinking Remains Dominant
Introducing the Concept of Tracts
Slowly But Surely, Efforts to Educate the Nation Progress
The Hierarchy in Place, Efforts Shift to Shaping Curriculum

Education in the United States to the Mid-1900s
Tumultuous Shifts in the Education System
The Problem of Measurement
A Bump in the Road to Progress
Teachers Unionize
The National Education Association Becomes a Force
A Battle for Survival
A Slow Recovery
Again, How to Deal with the Poor

The New Kid on the Block
From Humble Beginnings
The Radio Takes Center Stage
And, Then, Television Hits the Scene
The Computer Makes a New Education Paradigm Possible

Education in the United States during the Mid- to Late 1900s
Still Trying to Figure Out the Best Approach
The Problem with Private Schools, the Bubble World
Increased Government Involvement and Funding
Academia’s Failings in Terms of the U.S.’s Ability to Compete Globally
The Students Get Involved
Those Who are Dissatisfied Strike Out on Their Own

Education in the United States during the Early 2000s
No Child Left Behind (NCLB) and the Ensuing Confusion
The Advent of the Student Aptitude Test
Why a Universal Test Taken by All Students Is Necessary
Grades Don’t Tell the Story
No Perfect Solution, But…
European Nations Provide Models the United States Can Learn from

Standardization as a Threat: The Japanese Experience
Japan’s Individuality Crisis
A History of "Honne" Bowing to "Tatemae"
The Perils of Importing Progress
The Samuraization of Workers and Students
A Lost Opportunity
Japan Goes to War in the Marketplace
Does Excessive Regimentation Support a Hidden Curriculum in the Classroom?
Competition Out of Control

Japan’s Inability to Modernize Its Education System
The Toll Taken By Excessive Standardization
Those Who Suffer the Most
More Disturbing Evidence
The Nation as a Whole Suffers
The Major Obstruction to Change
The Inability to Get beyond Dependency Theory and Its Consequences
Is Cultural Reform Possible?

Things That Need Further Improvement in the United States
Developing Standards for Academic Achievement at the Highest Level
Improving the Performance of Teachers as Well
Teachers as Students
Teacher Empowerment as the Biggest Challenge
Measurement That Makes Sense
Once Again, Standardization versus Reflective Thinking
Why neither Charter Schools nor Vouchers nor Private Schools Provide the Answer
Tracking, More Harm Than Good?
The Limitations of IQ Tests

The Impossible Becomes Possible
Historical Progress of the U.S. Education System
Still Seeking the Best Approach
Updating the Attitude of Teachers
The Current Challenge
Putting the Pieces in Place
Self-Management as the Key to Learning
Our Traditional Grading System Made Obsolete

William F. Roth, MSW, PhD, is currently a professor at Kutztown University in Pennsylvania where he teaches courses in strategic planning, organization design, ethics, and management theory. Previously, he taught for 16 years at DeSales University, where he held the McCabe Endowed Chair for Business and Society. Dr. Roth earned his PhD at The Wharton School, his master’s in social work at the University of Pennsylvania, and his bachelor’s in economic geography at Dartmouth College. As a consultant, Dr. Roth has worked on design and regional planning projects in Saudi Arabia, Iran, Mexico, and several locations in the United States. Previously, he spent 5 years with the poverty program and the civil rights movement in the Deep South.

, graduated from Vassar College with his BA in philosophy. He then earned his MS in global and international education from Drexel University, where his dissertation addressed using learning technology to teach multiculturalism in Japanese primary schools. Ian has been living in Japan since college and has taught there at the primary, secondary, and university levels. He has published a number of articles in Japanese journals and has recently submitted several to U.S. journals. Currently, he is studying for his PhD in Organizational Systems at Saybrook University. 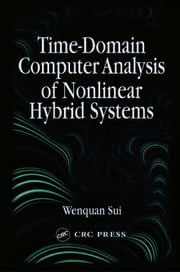