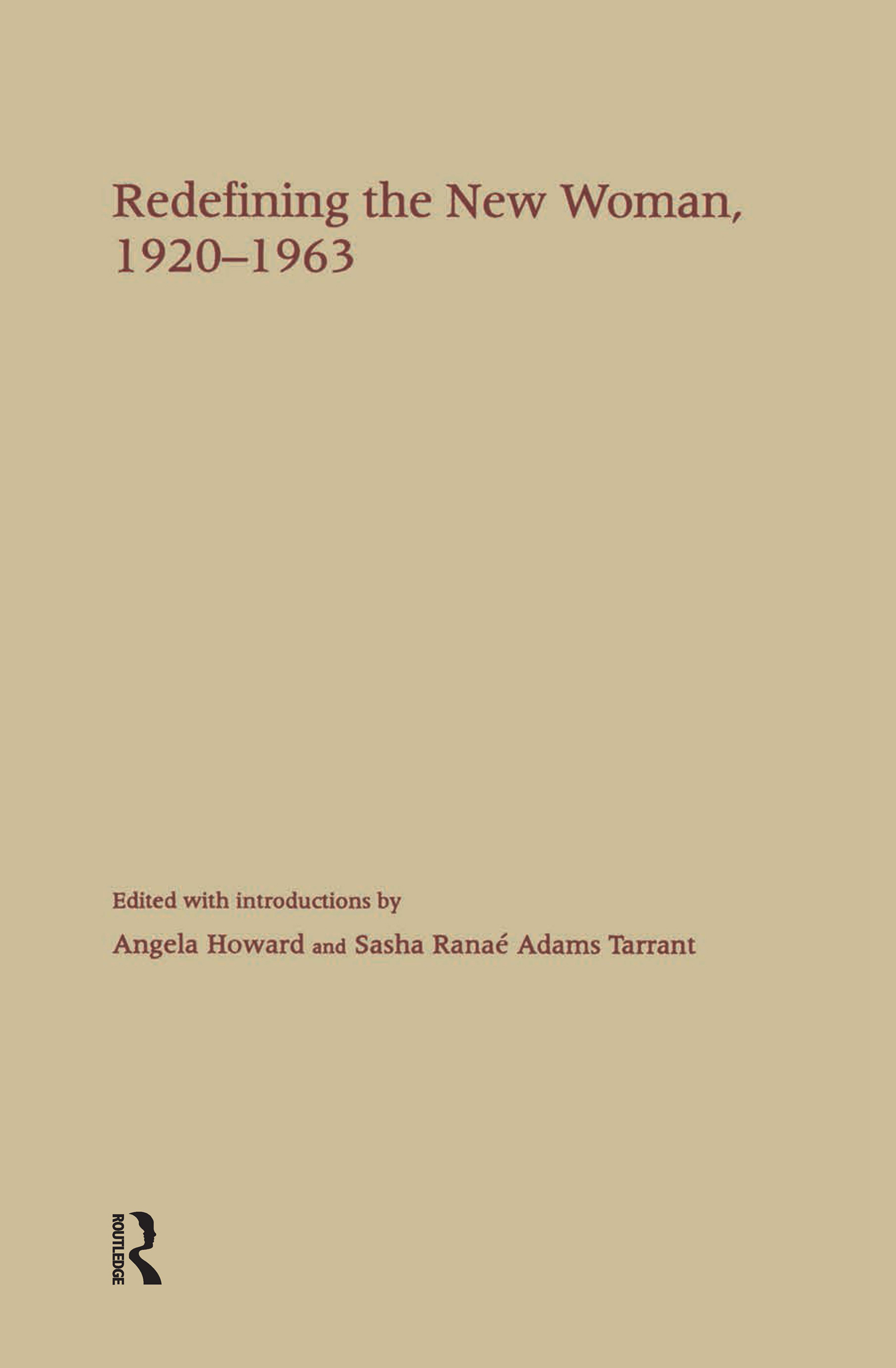 First Published in 1998. Routledge is an imprint of Taylor & Francis, an informa company.

3 Are Women's Clubs "Used" by Bolshevists?

10 Feminism and the Economic Independence of Woman

13 The Collapse of Feminism

30 The Problem of Women in Industry

35 Equality of Woman with Man:

A Myth—A Challenge to Feminism

63 The Enfranchisement of the Girl of Twenty-one

Evils of Woman's Revolt Against the Old Standards

Emotional Handicaps of the Professional Woman

What More Do Women Want?

Are Ten Too Many?

A Word to Women

A Woman's Invasion of a Famous Public School

and How Men Endured It

The Disadvantages of Women's Rights

The Cultural Background of the American Woman

My Great-Grandmothers Were Happy

The Passage Through College

301 Table of Traits Assigned to Male and Female

Angela Howard-Zophy, Associate Professor of History and Women's Studies at the University of Houston Clear Lake, is editor of the award-winning Handbook of American Women's History (Garland, 1990). She holds a Ph.D. degree in history from Ohio State University, and is the editor of the Garland series: The Development of American Feminism well as Directories of Minority Women, and is the author of numerous articles, book chapters, and essays.

Sasha Rana Adams Tarrant assisted editorially with the revised edition of the Handbook of American Women's History, as well as contributed the entry on antifeminism to the volume. She holds B.A. and M.A. degrees in history from the University of Houston Clear Lake, and is currently completing her doctorate in U.S. and women's history at Texas A. & M. University.

Antifeminism in America: A Collection of Readings from the Literature of the Opponents to U.S. Feminism, 1848 to the Present