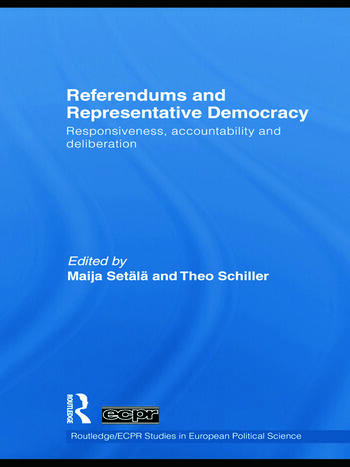 Providing a variety of theoretical and methodological approaches used in the study of referendums, this book is divided into three sections: Referendums and the Models of Democracy, The Demand of Referendums: Party Ideologies and Strategies, and Referendum Campaigns and Voter Behaviour. It features case studies on Ireland, Israel, Canada, California, Italy, Liechtenstein, Switzerland, the Nordic Countries, the Netherlands, Spain and the EU Constitutional Treaty. In addition to system-level evaluations of referendums, studies on the ideological attitudes of political actors and strategic use of referendums, the volume also provides analyses of referendum campaigns and voters’ choices in referendums. Covering referendums on European integration, the volume also demonstrates how supra-national governance gives rise to the demand of referendums.

This volume will be of interest to students and scholars of political science, political theory, comparative politics, and European studies.

Maija Setälä is an Academy Research Fellow at the University of Turku, Finland. She has studied democratic theory, referendums and deliberative democracy, and has published books and journal articles on these topics.

Theo Schiller is Emeritus Professor of Political Science at Philipps University Marburg, Germany, and Head of the Centre of Citizen Participation and Direct Democracy. He published books and articles on direct democracy and German and European politics.