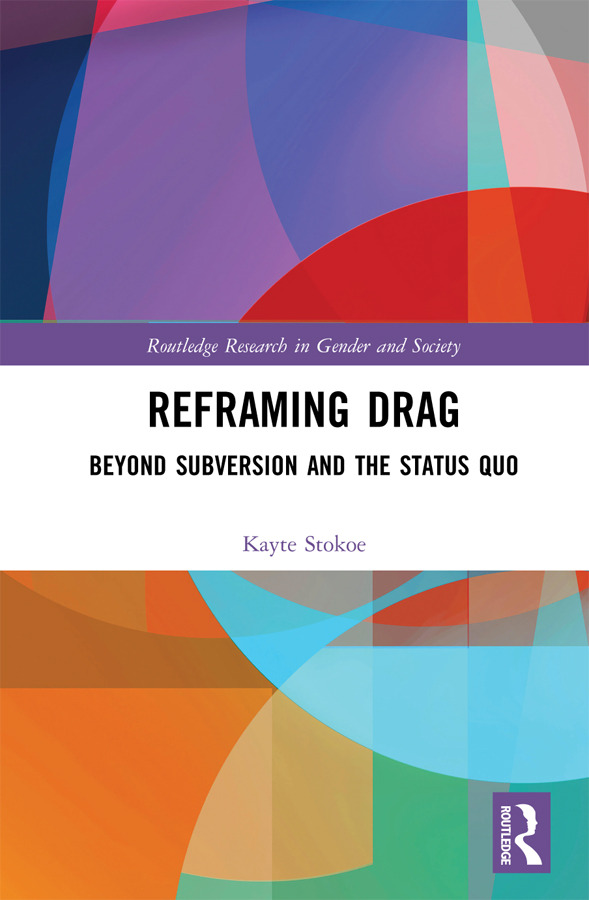 Beyond Subversion and the Status Quo, 1st Edition

provides a critical survey of French and Anglo-American queer and feminist theorizations of drag performance, placing these approaches in a dialogue with contemporary drag practice and the representation of drag in three literary texts. Challenging pervasive assumptions circulating in existing queer and feminist analyses of drag performance, the author identifi es and questions three recurring ideas which have shaped the landscape of drag research: the argument that drag performances either uphold or subvert oppressive gender norms, the assumption that drag involves performing as the ‘opposite sex’, and the belief that drag can shed light on gender performativity. Informed by a range of gender and queer theory, this work contends that an intersectional, transfeminist approach to drag performance can provide richer, more nuanced understandings of drag and, unlike the ‘opposite sex’ narrative, acknowledges the gender diversity at work in current drag scenes.

"The book is grounded in timely conceptual and methodological issues of theory in sexuality and gender studies (namely: feminism, trans studies and queer theory), which Kayte Stokoe analyses with sensitivity and nuance, ably drawing out the strengths and weaknesses of different theorists and proposing their own, original theoretical concept which is productive for those working at the intersection of gender studies and literature and which could become an important critical paradigm." – Lisa Downing, University of Birmingham, UK

"Moving beyond the binaries so prevalent in discussions of drag performance, this exciting book pluralises and diversifies the conversation about drag. Rather than focusing on the usual conversations that pit drag against itself – arguments that primarily examine it as either radical or reactionary - this book takes a novel approach and emphases what drag does, how it operates, and importantly what it produces. Concentrating on Anglo American and French contexts, the argument pays particular attention to contemporary transfeminist perspectives and offers drag studies stimulating new perspectives, languages and tools for future drag conversations."

3. French Feminism and the Beauvoirian Concept of ‘Masculine Protest’

Kayte Stokoe is Teaching Assistant in French Studies at the University of Warwick, UK.