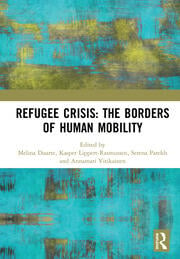 How should we respond to the worst refugee crisis since the World War II? What are our duties towards refugees, and how should we distribute these duties among those at the receiving end of the refugee flow? What are the relevant political solutions? Are some states more responsible for creating the current refugee situation, and if so, should they also carry a larger burden on solving this situation? Is people smuggling always morally wrong? Are some groups, for example children, owed more than others, and should we thus take active measures to remove them from conflict zones? How are the existing refugee regimes, in Europe, North-America, or Australia, challenged by the current crisis? Are some of their measures more justified than others?

discusses the various ethical dilemmas and potential political solutions to the ongoing refugee crisis, providing both theoretical and practical reflections on the current crisis, as well as the ways in which this crisis has been handled in public debate. The contributors to the volume include some of the most prominent political theorists and experts on the current refugee situation, as well as some of the upcoming young scholars working on the theme. This book was originally published as a special issue of the Journal of Global Ethics.

Introduction – ‘Refugee Crisis: The Borders of Human Mobility’  1. No safe passage: ‘the mapping journey project’  2. Global displacement and the topography of theory  3. Misplaced idealism and incoherent realism in the philosophy of the refugee crisis  4. A fair distribution of refugees in the European Union  5. A spectre in Germany: refugees, a ‘welcome culture’ and an ‘integration politics’  6. Resettling refugees: is private sponsorship a just way forward?  7. The ethics of people smuggling  8. Who owes what to war refugees  9. What do we owe refugees: jus ad bellum, duties to refugees from armed conflict zones and the right to asylum  10. Human security and the international refugee crisis  11. The duty to bring children living in conflict zones to a safe haven

The editors are all members of the Globalizing Minority Rights: Cosmopolitanism, Global Institutions, and Cultural Justice (GMR) research project hosted by UiT The Arctic University of Norway (NFR 259017).

is a Post-Doctoral Researcher in Philosophy at UiT working on issues relating to immigration, democratic citizenship, and human rights. Her current focus is on disclosing new ways in which immigration should be handled in times of increasing international mobility and massive forced displacement.

is Professor of Political Science at Aarhus University, Denmark, and Professor II in Philosophy at UiT, and has worked extensively on various issues within political theory, including luck- and relational egalitarianism, global justice, and methodology of political philosophy.

is an Associate Professor of Philosophy at Northeastern University in Boston, and has worked on areas of social and political philosophy, feminist theory, and continental philosophy. Her current research focuses on global justice, responsibility, and refugees.

is an Associate Professor of Philosophy at UiT working on contemporary political philosophy, especially questions relating to pluralism and diversity. Her recent work focuses on both conceptual and normative issues relating to minority protections in the global arena.