Refugee Encounters at the Turkish-Syrian Border
Antakya at the Crossroads 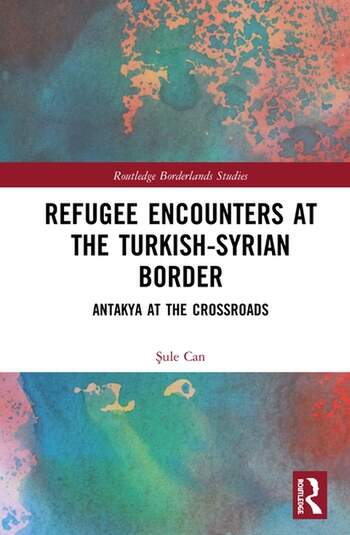 Refugee Encounters at the Turkish-Syrian Border: Antakya at the Crossroads

The Turkish-Syrian borderlands host almost half of the Syrian refugees, with an estimated 1.5 million people arriving in the area following the outbreak of the Syrian civil war. This book investigates the ongoing negotiations of ethnicity, religion and state at the border, as refugees struggle to settle and to navigate their encounters with the Turkish state and with different sectarian groups.

In particular, the book explores the situation in Antakya, the site of the ancient city of Antioch, the "cradle of civilizations", and now populated by diverse populations of Arab Alawites, Christians and Sunni-Turks. The book demonstrates that urban refugee encounters at the margins of the state reveal larger concerns that encompass state practices and regional politics. Overall, the book shows how and why displacement in the Middle East is intertwined with negotiations of identity, politics and state. Faced with an environment of everyday oppression, refugees negotiate their own urban space and "refugee" status, challenging, resisting and sometimes confirming sectarian boundaries.

This book’s detailed analysis will be of interest to anthropologists, geographers, sociologists, historians, and Middle Eastern studies scholars who are working on questions of displacement, cultural boundaries and the politics of civil war in border regions.

"Border towns are often zones of transition in which foreigners challenge the authority of the country of arrival and also places in which state formation and local ethnic and religious identities are being negotiated. In this insightful book, the anthropologist Şule Can carefully explores how the multiplicity of ethnic and religious groups, brought to the Turkish border town of Antakya following the civil war in Syria, is being inserted into dominant discourses and practices." - Jan Rath, University of Amsterdam, Netherlands

"This well-researched ethnography goes beyond the lexicon of ‘crisis’ to explore negotiations of identity among Syrian refugees living in an urban periphery along the Turkish-Syrian border. Its multifaceted and nuanced analysis makes an important contribution to border studies and advances our understanding of the long Syrian war." - Kristin V. Monroe, University of Kentucky, United States of America

"With its ethnographic focus on urban encounters between Syrian refugees, state actors, and Alawite citizens in Turkey’s border town Antakya, this book offers a fresh look into sectarianism, ethnoreligious boundaries, and displacement in the contemporary Middle East—and beyond. A must read for scholars of migration, borders, and refugee lives." - Secil Dagtas, University of Waterloo, Canada