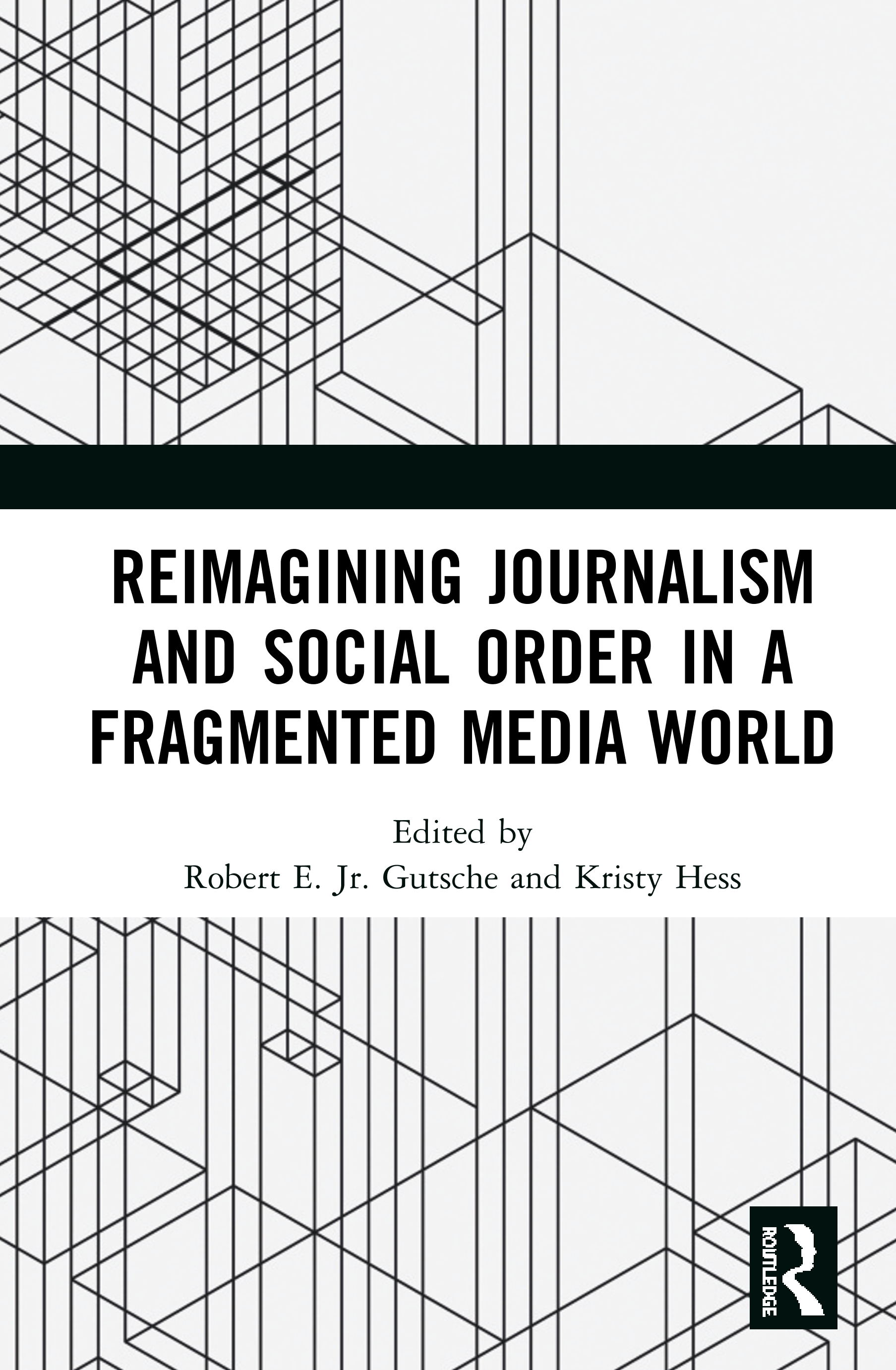 Reimagining Journalism and Social Order in a Fragmented Media World

This book examines journalism’s ability to promote and foster cohesive and collective action while critically examining its place in the intensifying battle to maintain a society’s social order.

From chapters discussing the challenges journalists face in covering populism and Donald Trump, to chapters about issues of race in the news, intersections of journalism and nationalism, and increased mobilities of audiences and communicators in a digital age, Reimagining Journalism and Social Order in a Fragmented Media World focuses on the pitfalls and promises of journalism in moments of social contestation. Rich with perspectives from across the globe, this book connects journalism studies to critical scholarship on social order and social control, nationalism, social media, geography, and the function of news as a social sphere.

Introduction—Contesting Communities: The problem of journalism and social order

1. Journalism and the "Social Sphere": Reclaiming a foundational concept for beyond politics and the public sphere

2. From Control to Chaos, and Back Again: Journalism and the politics of populist authoritarianism

3. Populism, Journalism, and the Limits of Reflexivity: The case of Donald J. Trump

4. Migration Maps with the News: Guidelines for ethical visualization of mobile populations

5. Veritable Flak Mill: A case study of Project Veritas and a call for truth

6. Re-Thinking Trust in the News: A material approach through "Objects of Journalism"

9. Using the Elaboration Likelihood Model to Explain to Whom "#Black Lives Matter" …and to Whom it Does not

10. Coverage of the Surgical Strike on Television News in India: Nationalism, journalistic discourse and India–Pakistan conflict

12. And Deliver Us to Segmentation: The growing appeal of the niche news audience

14. "Tightening the Knots" of the International Drugs Trade in Brazil: Possibilities and challenges for news media to acquire social capital through in-depth reporting

Robert E. Gutsche, Jr. is Senior Lecturer in Critical Digital Media Practice at Lancaster University, UK. His research focuses on issues of intersections of journalism, geography, and power, and appears in Journalism Studies, Journalism Practice, and Journalism and Mass Communication Quarterly. He is editor of The Trump Presidency, Journalism, and Democracy (Routledge, 2018).

is an Associate Professor in Communication at Deakin University, Australia. She studies journalism (especially at the local level) and its relationship to social connection and place-making, often through a lens of media power. Her work appears in leading international journalism and media journals, she is the author of two monographs, and she is the Associate Editor of Digital Journalism.