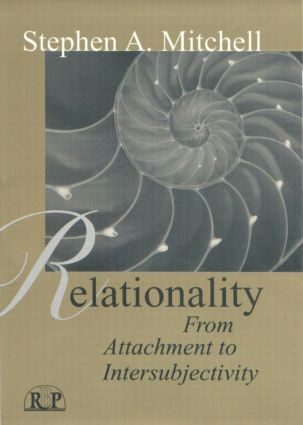 From Attachment to Intersubjectivity, 1st Edition

By Stephen A. Mitchell

In his final contribution to the psychoanalytic literature published two months before his untimely death on December 21, 2000, the late Stephen A. Mitchell provided a brilliant synthesis of the interrelated ideas that hover around, and describe aspects of, the relational matrix of human experience. Relationality charts the emergence of the relational perspective in psychoanalysis by reviewing the contributions of Loewald, Fairbairn, Bowlby, and Sullivan, whose voices converge in apprehending the fundamental relationality of mind. Mitchell draws on the multiple dimensions of attachment, intersubjectivity, and systems theory in espousing a clinical approach equally notable for its responsiveness and

“This particular volume, like so much of Mitchell’s work, is noteworthy for its sparkling originality and creativity. It is written with obvious care, great honesty, clarity, and structure. . . [It] exhibits many facets of Stephen Mitchell’s ability to create, interpret, and transmit psychoanalytic theory.”

"Relationality imparts new theoretical depth, substance, and complexity to relational psychoanalysis, systematizing its different components and documenting how it has been saturated by various historical strands within psychoanalysis. It especially develop's Mitchell's sense of the fundamental contributions of Loewald, Fairbairn, and Bowlby. With Enormous respect and even-handed clarity, with often lyrical prose infused with warmth and humor, and with richly elaboraed clinical examples, this book comes from Mitchell's own heart yet shows his mind at its most creative, original, and integrative. It signals a new height in his always illuminating writing."

"In this book the relational perspective 'comes of age.' Mitchell brings his supreme confidence in navigating psychoanalytic theories to bear on the evolution of the relational perspective. The relationality of mind is placed in the context of the psychoanalytic tradition and out of it evolves a highly satisfying and elegantly integrated approach tht is respectful of other traditions while casting them in a fresh light. The result is a compelling new psychoanalytic theory for he 21st Century. Relationality is a remarkable achievement of creative scholarship that should be read by every psychodynamic clinician concerned with human relatedness."

"Stephen Mitchell's writing is always a delight and an education. In Relationality, with his characteristic lucidity, Mitchell explores the multiple dimensions and nuances of relationality, attachment, intersubjectivity, and systems theory. He shows the voices of Loewald, Fairbairn, Bowlby, Winnicott, and Sullivan converge and can be interwoven. His masterful and creative close reading on Loewald makes him accessible in a brand new way and could even stand on its own. Complementing Mitchell's theoretical erudition is a clinical responsiveness equally notable for its responsible restraint. He provides clinical examples of how to make use of ourselves and our spontaneity with respect to thoughtfulness, and he does so without endorsing an 'anything goes' mentality. Mitchell does far more than illuminate theory; in fresh and delightful ways, with grace and compassion, he illuminates people. For any course on relational theory this gem of a book should be at the top of the reading list."

Part I: From Ghosts to Ancestors: The Psychoanalytic Vision of Hans Loewald. Language and Reality. Drives and Objects. Part II: Levels of Organization. An Interactional Hierarchy. Attachment Theory and Relationality. Fairbairn's Object-Seeking: Between Paradigms. Intersubjectivity: Between Expressiveness and Restraint in the Analytic Relationship.