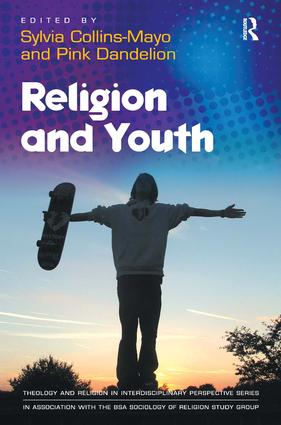 What is the future of religion given the responses of young people? What impact do existing religious forms have on youth? What kind of spirituality and religion are young people creating for themselves? Religion and Youth presents an accessible guide to the key issues in the study of youth and religion, including methodological perspectives. It provides a key teaching text in these areas for undergraduates, and a book of rigorous scholarship for postgraduates, academics and practitioners. Offering the first comprehensive international perspective on the sociology of youth and religion, this book reveals key geographical and organisational variables as well as the complexities of the engagement between youth and religion. The book is divided into six parts organised around central themes: Generation X and their legacy; The Big Picture - surveys of belief and practice in the USA, UK and Australia; Expression - how young people construct and live out their religion and spirituality; Identity - the role of religion in shaping young people's sense of self and social belonging; Transmission - passing on the faith (or not); Researching Youth Religion - debates, issues and techniques in researching young people's religion and spirituality. James A. Beckford writes the Foreword and Linda Woodhead the Epilogue.

'For a variety of reasons we need to know more about the religious lives of young people. This book tells us why, in addition to supplying - in abundance - facts, figures, examples and explanations about a complex but fascinating subject. I recommend it very warmly.' Grace Davie, University of Exeter, UK ’This volume is the first comprehensive international perspective - rooted in the sociology of religion - to explore the complexities of religion and youth, and take account of geographical and organisational contexts. … The Church needs continually to find a wisdom that discerns the many ways of engaging with youth culture and generational change, ways that are wise, and are practised both generously and courageously. In this remarkable book, the editors highlight the changes and challenges posed by contemporary youth culture.’ Church Times 'Editors Sylvia Collins-Mayo and Pink Dandelion have collected diverse and stimulating contributions on topics ranging from British trance clubbing to European Protestant confirmation students and teenage witchcraft.' Religion Watch '… this edited book offers a plethora of perspectives on the state of play at the interface of sociology, religion and young people. … it is a book to be commended, especially for the generally intelligent non-specialist reader, and for students looking for a balanced gateway into sociological reflections on religion and young people.' Youth & Policy 'The eye-catching cover doesn't disappoint when you start to read this book. It is a collection of high-quality chapters written by significant scholars in the field and is published in association with the British Sociological Association Sociology of Religion Study Group. … The book raises questions and issues that need further thought, research and debate. This is perhaps the most valuable aspect of the collection. Some of the highlights in this respect are: identifying some of the positive influences of religion on young people; young

Sylvia Collins-Mayo is one of the leading British researchers in religion and youth, she is Principal Lecturer in Sociology at Kingston University. She has contributed to numerous books and journals including 'Young People's Spirituality and the Meaning of Prayer', Religion and the Individual, Abby Day (ed.) (Ashgate, 2008), 'Raising Christian Consciousness: Creating Place', Journal of Youth and Theology (2007), and Making Sense of Generation Y, Sara Savage, Sylvia Collins-Mayo and Bob Mayo with Graham Cray (2006). She has also co-organised, with Pink Dandelion, the BSA Sociology of Religion Study Group's Annual Conference (2008) which was based on the theme of Religion and Youth. Pink Dandelion is Professor of Quaker Studies at the University of Birmingham and directs the work of the Centre for Postgraduate Quaker Studies, Woodbrooke and the University of Birmingham. He edits Quaker Studies and acts as Series Editor for the Edwin Mellen series in Quaker Studies. His books include The Quakers: a very short introduction (2008), (with Jackie Leach Scully) Good and Evil: Quaker perspectives (2007), Introduction to Quakerism (2007), The Liturgies of Quakerism (2005), The Creation of Quaker Theory (2004), the co-authored Towards Tragedy/Reclaiming Hope (2004) and The Sociological Analysis of the Theology of Quakers: the silent revolution (1996).