Remembering the Forgotten War
The Korean War Through Literature and Art 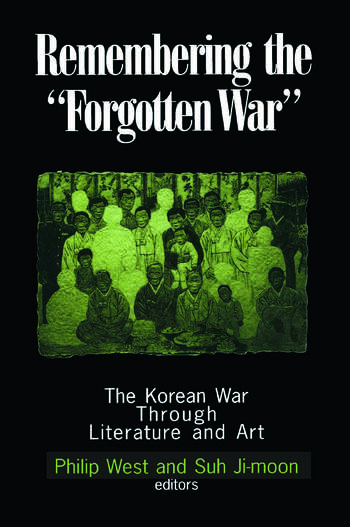 Remembering the Forgotten War: The Korean War Through Literature and Art

In contrast to the many books that use military, diplomatic, and historic language in analyzing the Korean War, this book takes a cultural approach that emphasizes the human dimension of the war, an approach that especially features Korean voices. There are chapters on Korean art on the war, translations into English of Korean poetry by Korean soldiers, and American soldier poetry on the war. There is a photographic essay on the war by combat journalist and Pulitzer Prize winning photographer Max Desfor. Another chapter includes and analyzes songs on the Korean War - Korean, American, and Chinese - that illuminate the many complex memories of the war. There is a discussion of Korean films on the war and a chapter on Korean War POWs and their contested memories. More than any other nonfiction book on the war, this one shows us the human face of tragedy for Americans, Chinese, and most especially Koreans. June 2000 was the fiftieth anniversary of the outbreak of the Korean War; this moving volume is intended as a commemoration of it.