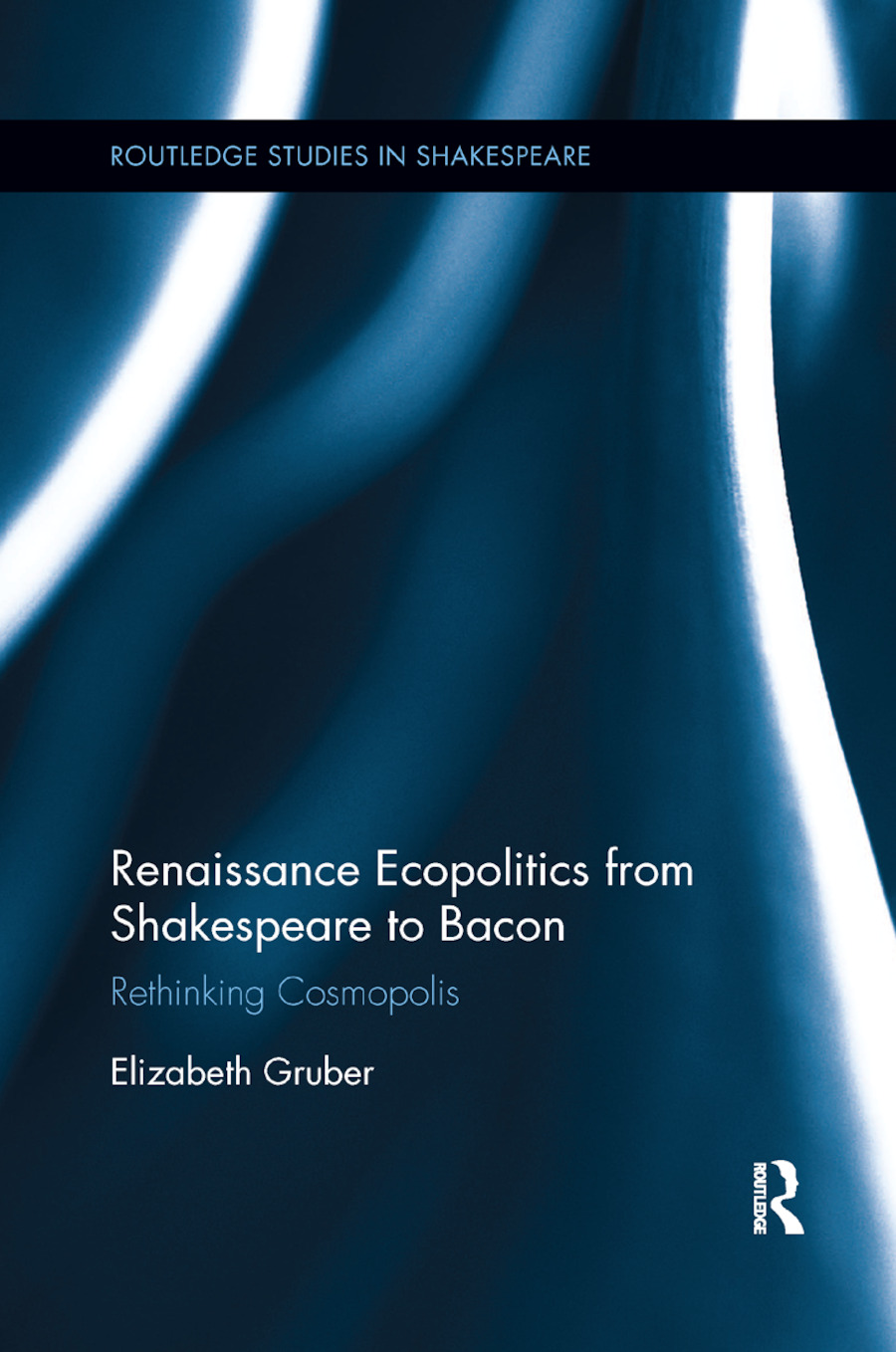 Renaissance Ecopolitics from Shakespeare to Bacon

The work of Shakespeare and his contemporaries has often been the testing-ground for innovations in literary studies, but this has not been true of ecocriticism. This is partly because, until recently, most ecologically minded writers have located the origins of ecological crisis in the Enlightenment, with the legacies of the Cartesian cogito singled out as a particular cause of our current woes. Traditionally, Renaissance writers were tacitly (or, occasionally, overtly) presumed to be oblivious of environmental degradation and unaware that the episteme—the conceptual edifice of their historical moment—was beginning to crack. This perception is beginning to change, and Dr. Guber's work is poised to illuminate the burgeoning number of ecocritical studies devoted to this period, in particular, by showing how the classical concept of the cosmopolis, which posited the harmonious integration of the Order of Nature (cosmos) with the Order of Society (polis), was at once revived and also systematically dismantled in the Renaissance. Renaissance Ecopolitics from Shakespeare to Bacon: Rethinking Cosmopolis demonstrates that the Renaissance is the hinge, the crucial turning point in the human-nature relationship and examines the persisting ecological consequences of the nature-state’s demise.

Introduction: "The Making and Unmaking of Cosmopolis

: "Nature’s ‘Black Intelligencer’": The Ecopolitics of Alienation in Richard III

: "Building the Necropolis: Killing Mother/Nature in The Spanish Tragedy and Titus Andronicus"

: "Nature on the Verge Confronting ‘Bare Life’ in Arden of Faversham and King Lear"

: "Vexing Pleasure: The Ecopolitics of Erotism in Measure for Measure and Tis Pity She’s a Whore"