Representation and Memory in Graphic Novels 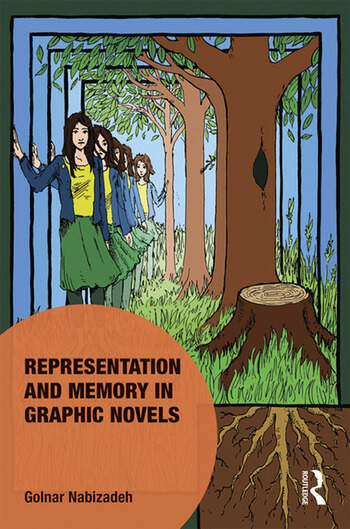 Representation and Memory in Graphic Novels

This book analyses the relationship between comics and cultural memory. By focussing on a range of landmark comics from the twentieth and twenty-first centuries, the discussion draws attention to the ongoing role of visual culture in framing testimony, particularly in relation to underprivileged subjects such as migrants and refugees, individuals dealing with war and oppressive regimes and individuals living with particular health conditions. The discussion is influenced by literary and cultural debates on the intersections between ethics, testimony, trauma, and human rights, reflected in its three overarching questions: ‘How do comics usually complicate the production of cultural memory in local contents and global mediascapes?’, ‘How do comics engage with, and generate, new forms of testimonial address?’, and ‘How do the comics function as mnemonic structures?’

The author highlights that the power of comics is that they allow both creators and readers to visualise the fracturing power of violence and oppression – at the level of the individual, domestic, communal, national and international – in powerful and creative ways. Comics do not stand outside of literature, cinema, or any of the other arts, but rather enliven the reciprocal relationship between the verbal and the visual language that informs all of these media. As such, the discussion demonstrates how fields such as graphic medicine, graphic justice, and comics journalism contribute to existing theoretical and analytics debates, including critical visual theory, trauma and memory studies, by offering a broad ranging, yet cohesive, analysis of cultural memory and its representation in print and digital comics.

Introduction: Comics, Memory, and the Visual Archive  1. Migrant Memories in Henry Yoshitaka Kiyama’s The Four Immigrants Manga, and The Arrival by Shaun Tan  2. Racism and Cultural After-Lives: American Born Chinese by Gene Luen Yang and Pat Grant’s Blue  3. Narrating Trauma in Marjane Satrapi’s Persepolis  4. Memories of Illness in Epileptic by David B. and Stitches by David Small  5. Multimodal Memories: The Photographer: Into War-Torn Afghanistan with Doctors Without Borders by Guibert et al and Ari Folman’s Waltz with Bashir  6. Comics Online: Memories from the Exclusion Zone in ‘At Work Inside our Detention Centres: A Guard’s Story’ by Wallman et al, and ‘Villawood’ by Safdar Ahmed’  Afterword

Golnar Nabizadeh is Lecturer in Comics Studies at the University of Dundee where she teaches on the MLitt in Comics and Graphic Novels, as well as undergraduate modules in English and Humanities. Her research interests are in graphic justice, critical theory, trauma and memory studies. She has published on the work of Alison Bechdel, Marjane Satrapi, and Shaun Tan, visual adaptation, picturebooks, and comics and literary justice.