Representations of Sports Coaches in Film
Looking to Win 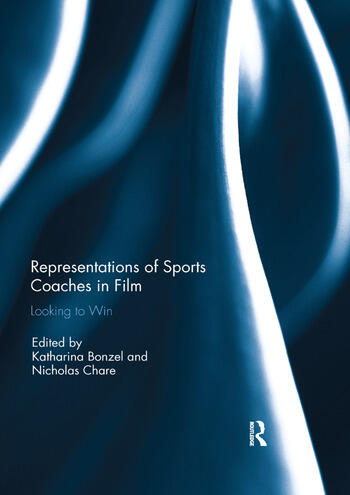 Representations of Sports Coaches in Film: Looking to Win

This ground-breaking interdisciplinary collection brings together leading international scholars working across the humanities and social sciences to examine ways in which representations of sports coaching in narrative and documentary cinema can shape and inform sporting instruction. The central premise of the volume is that films featuring sports coaches potentially reflect, reinforce or contest how their audiences comprehend the world of coaching. Despite the growing interest in theories of coaching and in the study of the sports film as a genre, specific analyses of filmic depictions of sports coaches are still rare despite coaches often having a central role as figures shaping the values, social situation and cultural expectations of the athletes they train. By way of a series of enlightening and original studies, this volume redresses the relative neglect afforded to sports coaching in film and simultaneously highlights the immense value that research in this emerging field has for sporting performance and social justice.

This book was originally published as a special issue of the journal Sports Coaching Review.

3. "I love you guys": Hoosiers as a model for transformational and limited transactional coaching Bryan Mead and Jason Mead

4. The traditional, the ideal and the unexplored: sport coaches’ social identity constructs in film Sue Jolly and John Lyle

8. Too hot to handle? A social semiotic analysis of touching in "Bend it like Beckham" Dean Garratt and Heather Piper

9. ‘We’re In This Together:’ neoliberalism and the disruption of the coach/athlete hierarchy in CrossFit Leslie Heywood

Katharina Bonzel is a Visiting Fellow in Screen Studies at the Australian National University, Australia, and is currently writing a book about the representation of national identity in sports films.

is Associate Professor of Modern Art in the Department of History of Art and Film Studies at the Université de Montréal, Canada. He is the author of Sportswomen in Cinema: Film and the Frailty Myth (2015).