Representations of the Orient in Western Music
Violence and Sensuality 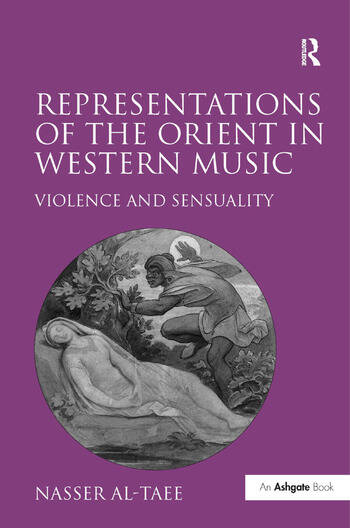 Representations of the Orient in Western Music: Violence and Sensuality

This book focuses on the cultural, political and religious representations of the Orient in Western music. Dr Nasser Al-Taee traces several threads in a vast repertoire of musical representations, concentrating primarily on the images of violence and sensuality. Al-Taee argues that these prevailing traits are not only the residual manifestation of the Ottoman threat to Western Europe, but also the continuation of a long and complex history of fear and fascination towards the Orient and its Islamic religion. In addition to analyses of musical works, Al-Taee draws on travel accounts, paintings, biographies, and political events to engage with important issues such as gender, race, and religious differences that may have contributed to the variously complex images of the Orient in Western music. The study extends the range of Orientalism to cover eighteenth-century Austria, nineteenth-century Russia, and twentieth-century America. The book challenges those scholars who do not see Orientalism as problematic and tend to ignore the role of musical representations in shaping the image of the Other within a wider interdisciplinary study of knowledge and power.

Contents: Preface; Part I Introduction: Between violence and sensuality: Orientalism in musicology. Part II Prophets and Concubines: Models of Violence and Sensuality: The character of Muhammad: a model of violence and sensuality in the European image of the Orient; Slaves, sultans and concubines: the components of illusion. Part III The 18th and 19th Centuries: the Contextualization of Knowledge: Music as noise: barbarity, deficiency, and intrusion in Western accounts of Turkish music; Osmin's rage meets Selim's benevolence: the Oriental other in Mozart's Die EntfÃ¼hrung aus dem Serail; 200 years of Orientalism: construction of the Orient in Wieland's, Wranitzky's, Weber's, and Burgess' Oberon; Whirling fanatics: Orientalism, politics and religious rivalry in Western operatic representations of the Orient. Part IV The Arabian Nights in Music and Film: Under the spell of magic: the Oriental tale in Rimsky-Korsakov's Scheherezade; Reel bad Arabs, really bad lyrics: villainous Arabs in Disney's Aladdin; Select bibliography; Index.

Dr Nasser Al-Taee is the director of Education and Outreach at the Royal Opera House, Muscat, Oman. Prior to this, he was an associate professor of musicology in the School of Music at the University of Tennessee. He holds a Ph.D in Musicology from the University of California, Los Angeles. His primary research focuses on eighteenth- and nineteenth-century music, including issues concerning representation, appropriation, race, and east-west relations.

'Representations of the Orient in Western Music makes vital reading for students and teachers of music and cultural studies as well as opera and film aficionados.' American Book Review