Reservoir Sedimentation: Assessment and Environmental Controls appraises the issues of sedimentation in reservoirs and discusses measures that can be employed for the effective management of sediment to prolong the operational life of reservoirs. It provides information for professional consultants and policymakers to enable them to manage dams in the best possible way, in order to ensure their sustainability as well as the sustainability of water resources in general. It examines the effects of anthropogenic intervention and management of sediment in dams and reservoirs, as water resources become more sensitive and the demand for clean water continues to increase.

Dr. Kumkum Bhattacharyya obtained her Ph.D. degree in 2000, and did post-doctoral research at the University of California Berkeley (2002-2003) where she worked on sediment management in aging reservoirs. She has been involved in research on “Human-Environment Interactions and Changing Fluvial Landscape in the age of the Humans” for over two decades. She has been engaged in several projects, including “The Humans Transforming the Fluvial Landscape into Hybrid Landscape,” “Preparing Damodar River Watershed for Large-scale Change,” and “Participatory Resource Management Involving Riparian Communities.” She published a book entitled “The Lower Domodar River, India: understanding the human role in changing fluvial environment,” in 2011 (Springer). She has been involved in teaching at Washington State University as well as collaborating with several professors, researchers, and engineers as well as with organizations/institutions in India and USA.

Professor V.P. Singh is a University Distinguished Professor, a Regents Professor, and the inaugural holder of the Caroline and William N. Lehrer Distinguished Chair in Water Engineering in the Department of Biological and Agricultural Engineering and Zachry Department of Civil Engineering at Texas A&M University. He received his B.S., M.S., Ph.D. and D.Sc. degrees in engineering. He is a registered professional engineer, a registered professional hydrologist, and an Honorary Diplomate of American Academy of Water Resources Engineers. He has published more than 910 journal articles; 25 textbooks; 60 edited reference books, including the Encyclopedia of Snow, Ice and Glaciers, and the Handbook of Applied Hydrology; 104 book chapters; 314 conference papers; and 72 technical reports in the areas of hydrology, ground water, hydraulics, irrigation engineering, environmental engineering, and water resources. For his scientific contributions to the development and management of water resources and promoting the cause of their conservation and sustainable use, he has received more than 90 national and international awards and numerous honors, including the Arid Lands Hydraulic Engineering Award, Ven Te Chow Award, Richard R. Torrens Award, Norman Medal, and EWRI Lifetime Achievement Award, all given by American Society of Civil Engineers; Ray K. Linsley Award and Founder’s Award, given by American Institute of Hydrology; Crystal Drop Award and Vent Te Chow memorial Award, given by International Water Resources Association; and Outstanding Distinguished Scientist Award given by Sigma Xi. He has received three honorary doctorates. He is a Distinguished Member of ASCE, and a fellow of EWRI, AWRA, IWRS, ISAE, IASWC and IE and holds membership in 16 additional professional associations. He is a fellow/member of 10 international science/engineering academies. He has served as President and Senior Vice President of the American Institute of Hydrology (AIH). Currently he is editor-in-chief of two book series and three journals and serves on editorial boards of 20 other journals. 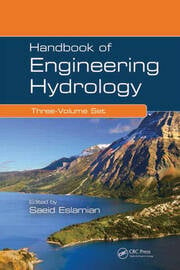 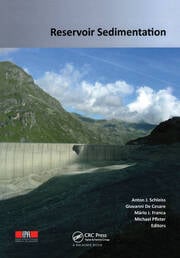