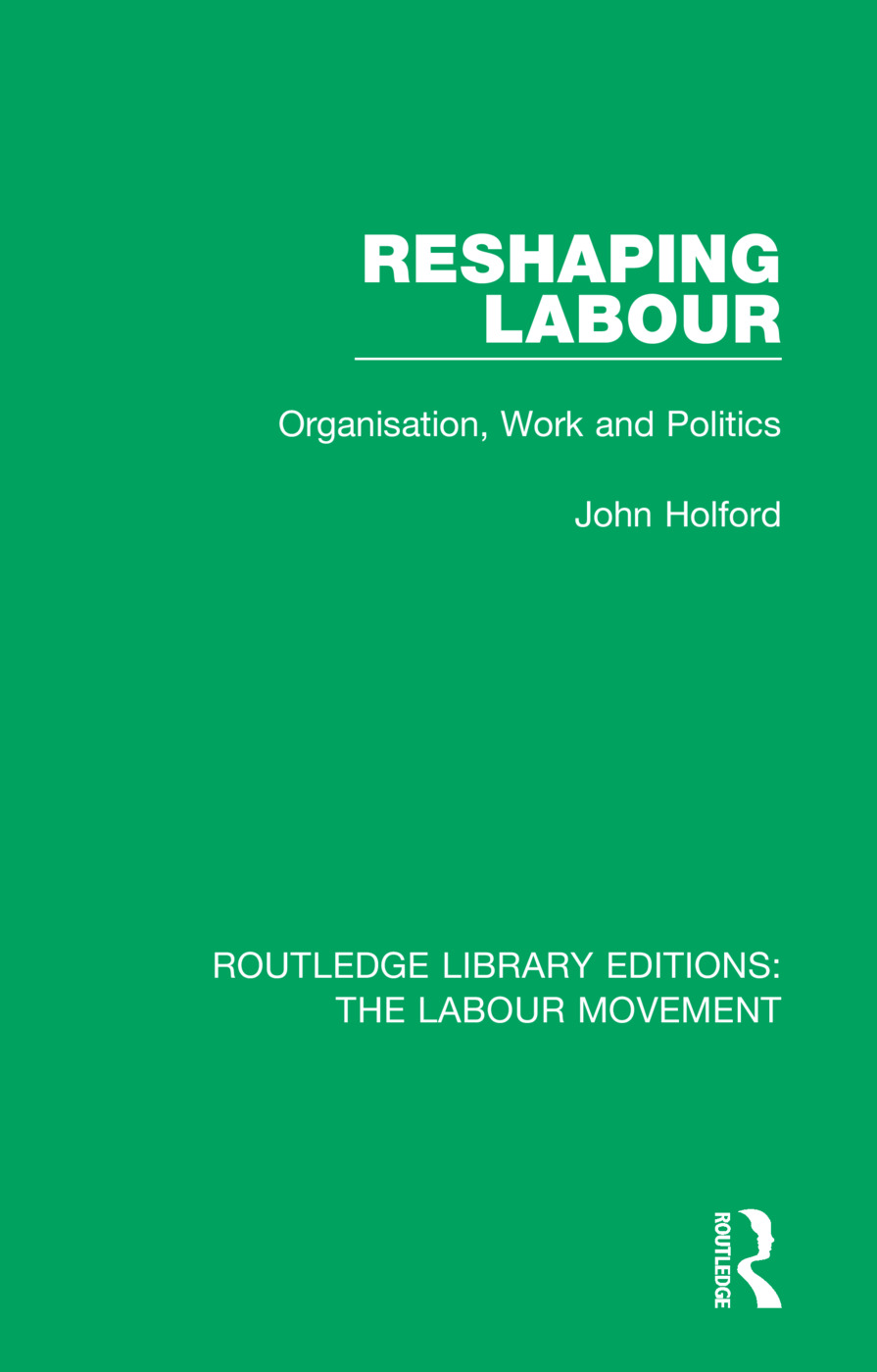 First published in 1988. In a few short years during and just after the Great War, the Labour Party and the trade unions established themselves firmly at the centre of the British political and industrial scene. But at the same time, the politics and organisation of both Labour and unions were reshaped.

This is a grass-roots study of a key period in the building of Labour’s political and industrial base. It is a study of how unions and Labour were organised and motivated to seize their moments of destiny – and of how a new political industrial movement was limited by the common-sense of the age in which it was born. It is a study of shifting support for various Labour and Communist political and industrial strategies – of the pressures and struggles which reshaped the movement, stamping on it the character we know today. And it is a study of how labour – at work and in the community – responded to war, to prosperity, to depression.

"a valuable addition to the history of Scottish labour in the twentieth century".

"a thorough and meticulous work which will … need to be incorporated into the history of the Labour Party."

List of Tables and Figures; Abbreviations; Preface; 1. Introductory 2. Edinburgh After the Great War 3. Standard of Living and the Working Class 4. Economic Development and the Organisation of Work 5. Employers’ Strategies and the Control of Work 6. Trade Union Development: Motivation and Organisation 7. Labour Politics and the Impact of War 8. The Reorganisation of Labour 1917-21 9. The Struggle for Labour Politics 10. Conclusion; Appendix; Select Bibliography

This set of 44 volumes, originally published between 1924 and 1995, amalgamates a wide breadth of research on the Labour Movement, including labour union history, the early stages and development of the Labour Party, and studies on the working classes. This collection of books from some of the leading scholars in the field provides a comprehensive overview of the subject, how it has evolved over time, and will be of particular interest to students of political history.