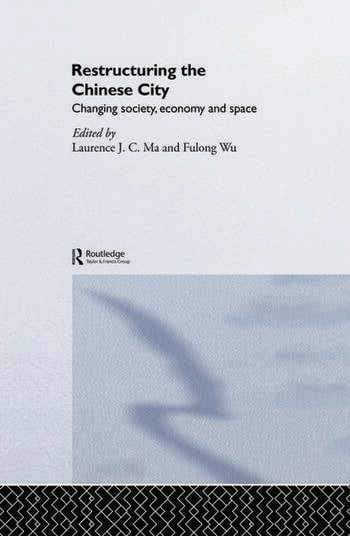 A sea of change has occurred in China since the 1978 economic reforms. Bringing together the work of leading scholars specializing in urban China, this book examines what has happened to the Chinese city undergoing multiple transformations during the reform era, with an emphasis on new processes of urban formation and the consequent reconstituted urban spaces. With arguments against the convergence thesis that sees cities everywhere becoming more Western in form and suggestions that the Chinese city is best seen as a multiplex city, Restructuring the Chinese City is an indispensable text for Chinese specialists, urban scholars and advanced students in urban geography, urban planning and China studies.

Laurence J.C. Ma, for many years a Professor in the Department of Geography and Planning at the University of Akron, is currently an independent scholar residing in California. His work has been focused on China's urban development and population. He has authored, co-authored and co-edited eight books.

Fulong Wu has published many papers on urban spatial structure in Chinese cities, urban housing and land development. His numerous papers have appeared in such journals as Environment and Planning, Urban Studies and Urban Geography.

'This is a well-edited volume.  The maps, graphics, and especially photos included are good' - Journal of Regional Science

'The book is carefully put together; it is tightly organized and engaging with updated information, clear and useful illustrations, and a smooth flow. It is, no doubt, one of the most important recent books on China and is a must-read for those interested in urban, economic, political, and social issues in contemporary China.' Annals of the AAG, Vol 97