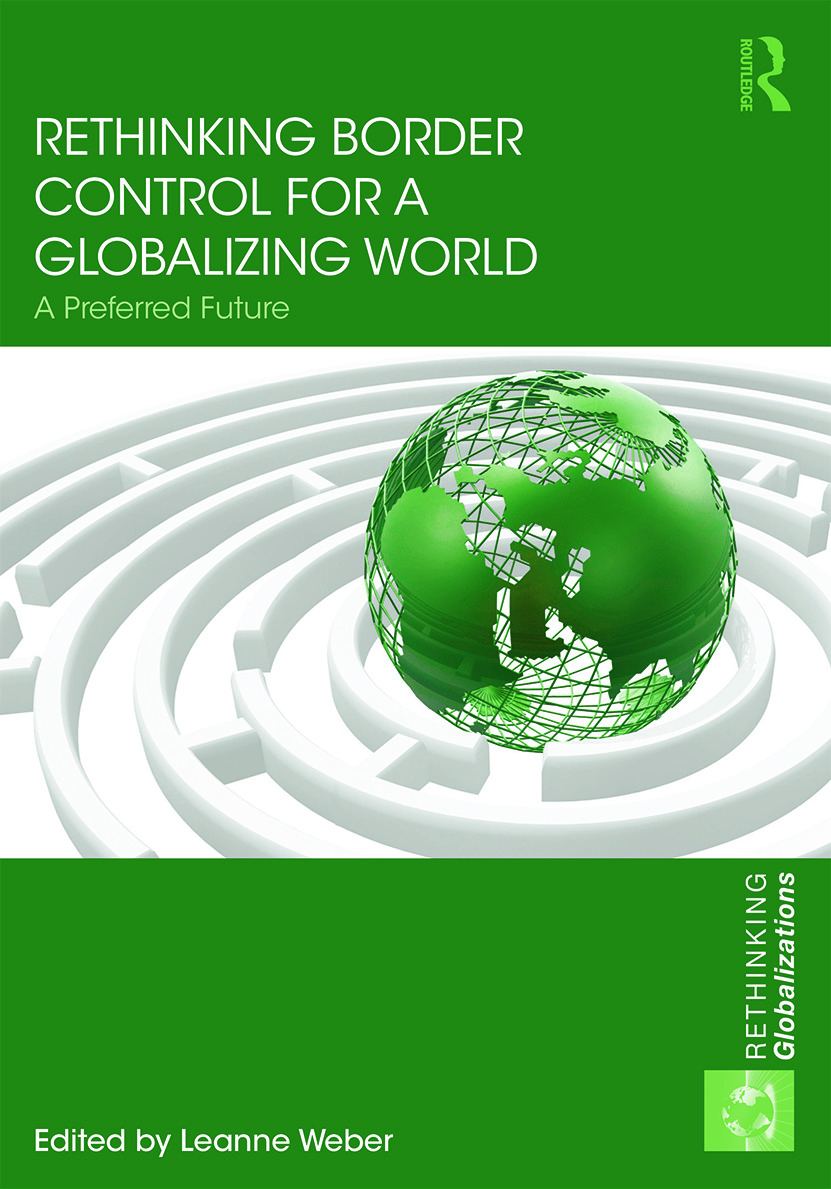 This book provides a new point of departure for thinking critically and creatively about international borders and the perceived need to defend them, adopting an innovative ‘preferred future’ methodology.

The authors critically examine a range of ‘border domains’ including law, citizenship, governance, morality, security, economy, culture and civil society, which provide the means and justification for contemporary border controls, and identify early signs that the dynamics of sovereignty and borders are being fundamentally transformed under conditions of neoliberal globalization. The goal is to locate potential pathways towards the preferred future of relaxed borders, and provide a foundation for a progressive politics dedicated to moving beyond mere critique of the harm and inequity of border controls and capable of envisaging a differently bordered world.

This book will be of considerable interest to students of border studies, migration, criminology, peacemaking, critical security studies and IR in general.

"What makes Leanne Weber’s edited volume, Rethinking Border Control for a Globalizing World: A Preferred Future, such a powerful and unique intellectual exercise is how she and her collaborators invite the readers to move beyond the hyper-emphasis on the ‘inequity, harm and punitive nature of border control’ (p. xxi) to engage with and articulate what she establishes as a preferred future: a new way to conceive the border, less utopic, and more possible. The collection constitutes a persuasive invitation to explore borders as untapped, transformative spaces at a time when the visibility of migration detention centers, physical walls, naval blockades, immigration patrols, drones and their incessant monitoring, migrant journeys, deaths, and rescues overwhelm us and limit our very ability to imagine a path towards change…The work of Weber and her collaborators doesn’t seek to propose a single answer, but rather articulates a future of possibilities and paths towards their realization." - Gabriella Sanchez, The University of Texas El Paso, Border Criminologies

'A distinctive and important contribution to interdisciplinary debates about the changing nature and location of borders under conditions of globalisation, this edited volume dares to push the limits of the modern geopolitical imagination. No utopian project, the ‘'peace at the border'’ experiment offers an historically-grounded, conceptually sophisticated, and politically astute attempt to (re)think the conditions of possibility for alternative border logics. Anyone interested in questions and practices relating to borders, sovereignty, territory, and their contemporary transformations should read this book.' -- Nick Vaughan-Williams, University of Warwick, UK

‘Weber’s collection offers a dynamic and creative response to the current policy paralysis facing migration analysts. It mixes pragmatism and idealism to imagine a better future for people on the move. This courageous and optimistic project enriches our global conversation immensely. A powerful idea, long overdue.’ -- Catherine Dauvergne, University of British Columbia, Canada

‘The goal of this innovative book is to explore existing legal, economic, political, cultural and social resources for the transformation of border control in a more open and peaceful direction. It makes a distinctive and important contribution to contemporary discussions of migration.’ -- Joseph H. Carens, University of Toronto, Canada

‘The contributors to this fascinating and original book face up to one of the biggest challenges in politics today: how can people living in democracies move beyond excessive anxiety about the movement of migrants across the borders of states, and begin to accept the fact of its mundane normalcy in our modern globalised world? The approaches mapped out in these pages lay out the ways in which we might yet come up with positive answers to this most pressing of questions.’ -- Don Flynn, Migrants' Rights Network, UK

“This is a brave intervention by Leanne Weber, whose desire for academics to raise their game and assist frontline organisations seeking change cannot be doubted.” – Liz Fekete , Institute of Race Relations

Leanne Weber is Australian Research Council Future Fellow at the School of Social Sciences at Monash University, Melbourne, Australia. She is the author of Policing Non Citizens (2013) and co-author of Crime, Justice and Human Rights (2014, with Elaine Fishwick and Marinella Marmo) and Globalization and Borders: Death at the Global Frontier (2011, with Sharon Pickering).