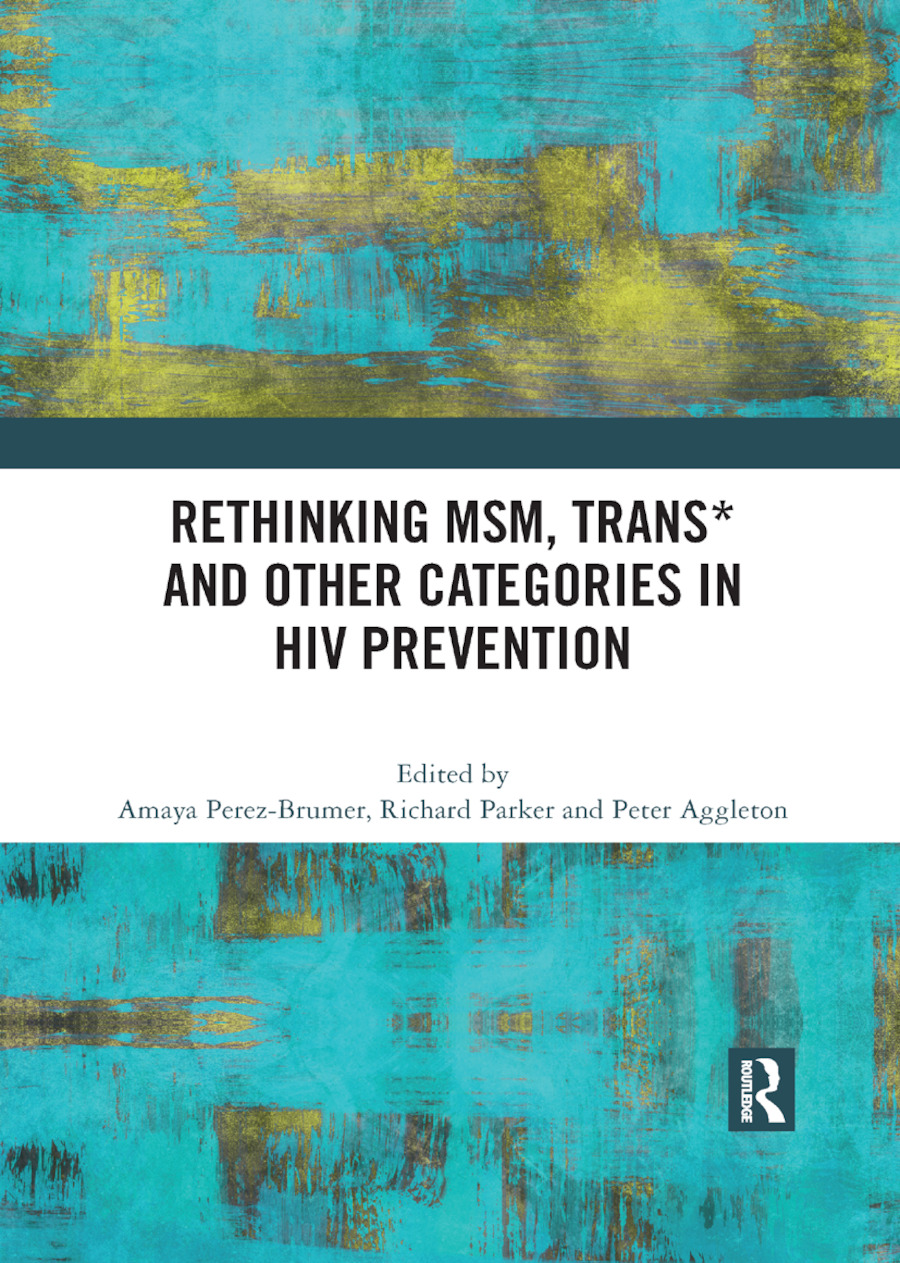 Rethinking MSM, Trans* and other Categories in HIV Prevention

As the HIV epidemic moves into its fourth decade, it is clear that the global response has failed to adequately address the needs of a wide range of vulnerable populations and groups. Chief among these are gay, bisexual and other men who have sex with men, and transgender persons, who globally face the disproportional burden of HIV infection.

This volume rethinks HIV prevention and health promotion for sexual and gender minorities – in both the industrialised societies of the West, as well as in the developing nations of the Global South. The chapters it contains offer a critical analysis of past and present HIV research employing categories to designate gay and other men who have sex with men, transgender persons, and/or other persons and communities with diverse gender and sexual identities.

Contributors question the politics of many of the existing classifications and categories in HIV research and argue for a more sophisticated analysis of gender and sexual diversity in order to tackle the social and political barriers that impede the design of successful HIV prevention and health promotion approaches. This book was originally published as a special issue of Global Public Health.

Introduction: The trouble with ‘Categories’: Rethinking men who have sex with men, transgender and their equivalents in HIV prevention and health promotion 1. In the Name of Brevity: The Problem with Binary HIV Risk Categories 2. The conflation of gender and sex: Gaps and opportunities in HIV data among transgender women and MSM 3. Towards ‘reflexive epidemiology’: Conflation of cisgender male and transgender women sex workers and implications for global understandings of HIV prevalence 4. A global research synthesis of HIV and STI biobehavioral risks in female-to-male (FTM) transgender adults 5. ‘Men who use the Internet to seek sex with men’: Rethinking sexuality in the transnational context of HIV prevention 6. From Marginal to Marginalised: The Inclusion of Men Who Have Sex with Men in Global and National AIDS Programs and Policy 7. From MSM to heteroflexibilities: Non-exclusive straight male identities and their implications for HIV prevention and health promotion 8. What is in a label? Multiple meanings of ‘MSM’ among same-gender-loving Black men in Mississippi 9. Switching on after nine: Black gay-identified men’s perceptions of sexual identities and partnerships in South African towns 10. Intersections and evolution of ‘Butch-trans’ categories in Puerto Rico: Needs and barriers of an invisible population 11. ‘You should build yourself up as a whole product’: Transgender female identity in Lima, Peru 12. HIV Vulnerability and the Erasure of Sexual and Gender Diversity in Abidjan, Côte d’Ivoire 13. Gender identity, healthcare access, and risk reduction among Malaysia’s mak nyah community 14. The limitations of 'Black MSM' as a category: Why gender, sexuality, and desire still matter for social and biomedical HIV prevention methods 15. Sexual identities and sexual health within the Celtic nations: an exploratory study of men who have sex with men recruited through socia

Amaya Perez-Brumer is a PhD Candidate in the Department of Sociomedical Sciences at Columbia University, USA.

is Professor Emeritus of Sociomedical Sciences and Anthropology at Columbia University, USA, and Director of the Associação Brasileira Interdisciplinar de AIDS (ABIA).

is Scientia Professor of Education and Health at UNSW Sydney, Australia.