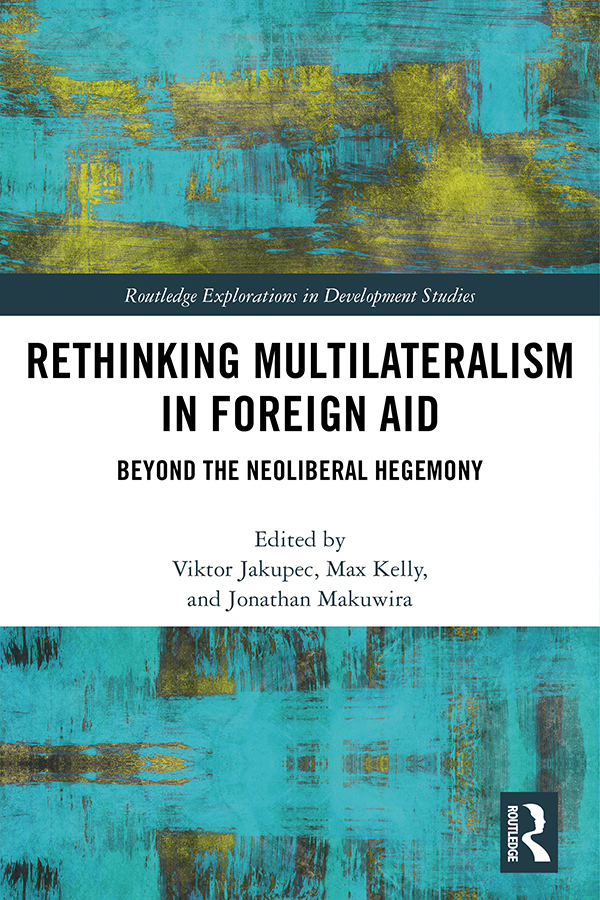 Beyond the Neoliberal Hegemony, 1st Edition

The contributions focus on how Western institutions have historically dominated development aid, and juxtapose this hegemony with the recent challenges from right-wing populist and the Beijing Consensus ideologies and practices. This book argues that the rise of right-wing populism has brought internal challenges to traditional powers within the multilateral development system.  External challenges arise from the influence of China and regional development banks by providing alternatives to established Western dominated aid sources and architecture. From this vantagepoint, Rethinking Multilateralism in Foreign Aid puts forward new ideas for addressing the current global social, political and economic challenges concerning multilateral development aid.

This book will be of interest to researchers, academics and students in the field of International Development and Global Governance, decision-makers at government level as well as to those working in international aid institutions, regional and bilateral aid agencies, and non-governmental organisations.

"This is an excellent book. It is thoroughly discussing current challenges to the multilateral aid system and its international financial institutions. The rising multipolarity of the global order and the dawn of right wing populism in western liberal democracies have brought the long-established architecture of multilateral development financing into jeopardy. The contention between ‘Washington Consensus’ and ‘Beijing Consensus’ - and their respective institutions and narratives - is analysed by a number of knowledgeable authors." – Professor. Dr. Matthias Rompel, Honorary Professor at Giessen University and Director at the German International Cooperation Agency GIZ

"A strong analytical and a timely case study in an important, but clearly under-researched IR theory field. The authors were bold enough to question many deeply rooted perceptions about how multilateralism is related to neoliberalism. The book is a major contribution to our understanding of what an efficient multilateral international assistance should mean in the XXI century." – Andrey Kortunov, Director General, Russian International Affairs Council, and President, New Eurasia Foundation

"Neoliberalism has been the archetype of development finance for the past four decades, a trajectory that is now increasingly overshadowed by the long reach of China’s economic ascendancy. Jakupec, Kelly, and Makuwira have assembled a timely and vital contribution that encourages us to reconsider the multilateral foreign aid paradigm as global hegemony shifts to the Far East." - Professor Simon Springer, Head of Discipline for Geography and Environmental Studies and Director of the Centre for Urban and Regional Studies, University of Newcastle, Australia

Viktor Jakupec is a Professor at Deakin University, Australia and the University of Potsdam, Germany.

Max Kelly is an Associate Professor of International and Community Development at Deakin University, Australia.