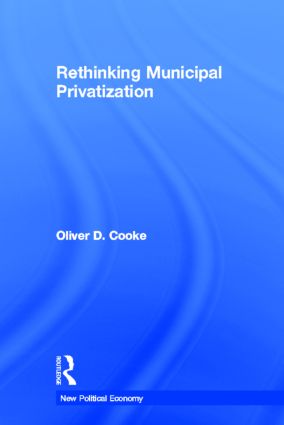 This book examines one of the most high-profile municipal privatizations—the privatization of New York City’s Central Park. The fiscal crisis of the 1970s established the political and cultural opening for privatizations, which were justified on the basis of increasing efficiency. However, as Cooke demonstrates, these justifications were deliberately blind to the social and economic implication of privatization. This fascinating account moves beyond the hackneyed pro- versus anti-privatization debate by reconceptualizing the park’s privatization as an ensemble of contradictory class effects. It also highlights the immense theoretical and policy space for radically reconsidering and rethinking privatization processes in both the municipal and global contexts.

Oliver D. Cooke, Ph.D., is assistant professor of economics at the Richard Stockton College of New Jersey, where he teaches urban economics, economic history, and political economy. He received his Ph.D. from the University of Massachusetts Amherst. He lives in Philadelphia, PA.