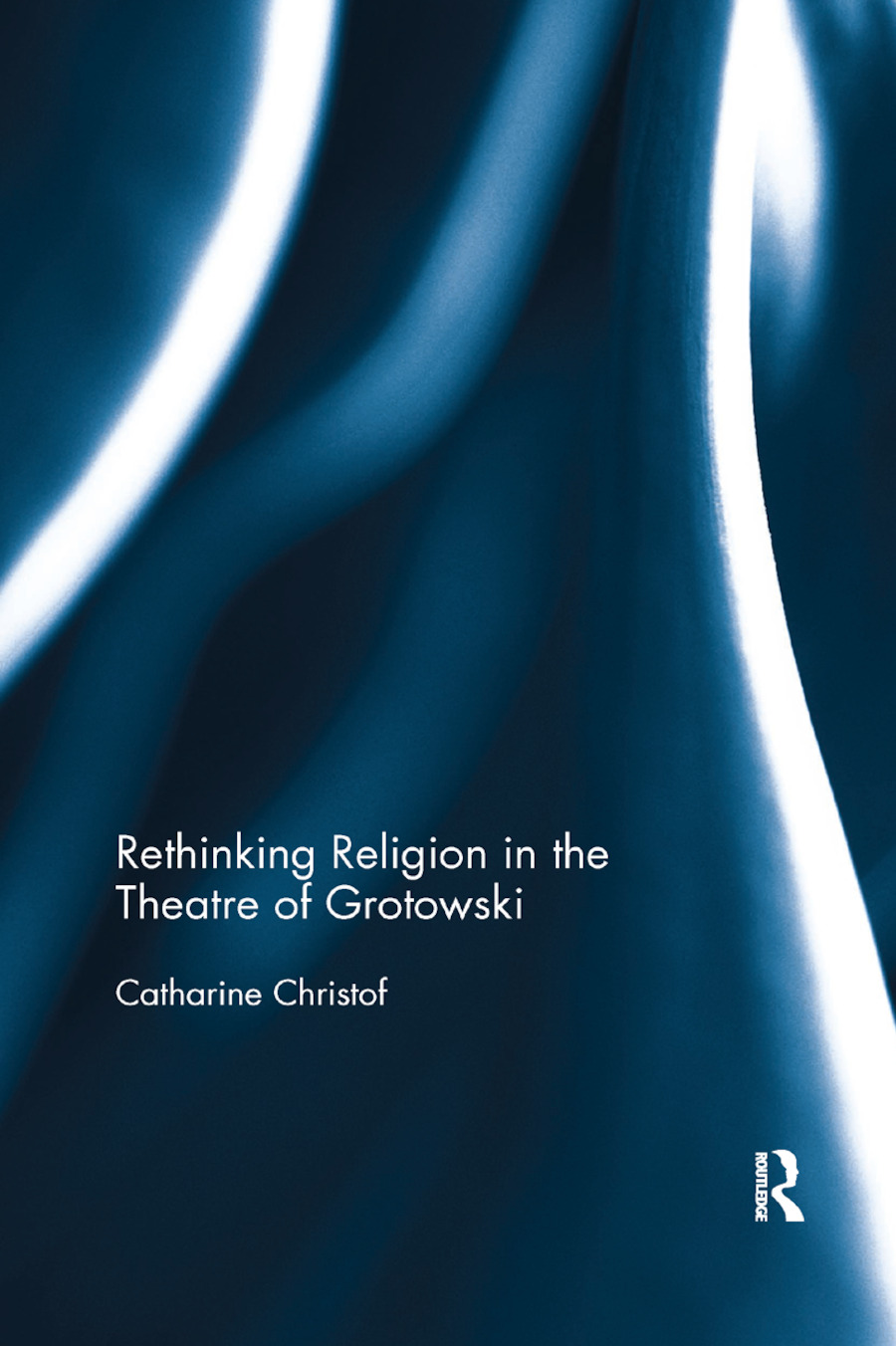 Rethinking Religion in the Theatre of Grotowski

This book opens a new interdisciplinary frontier between religion and theatre studies to illuminate what has been seen as the religious, or spiritual, nature of Polish theatre director Jerzy Grotowski’s work. It corrects the lacunae in both theatre studies and religious studies by examining the interaction between the two fields in his artistic output.

The central argument of the text is that through an embodied and materialist approach to religion, developed in the work of Michel Foucault and religious studies scholar Manuel Vasquez, as well as a critical reading of the concepts of the New Age, a new understanding of Grotowski and religion can be developed. It is possible to show how Grotowski’s work articulated spiritual experience within the body; achieving a removal of spirituality from ecclesial authorities and relocating spiritual experience within the body of the performer.

This is a unique analysis of one of the 20th Century’s most famous theatrical figures. As such, it is a vital reference for academics in both Religion and Theatre Studies that have an interest in the spiritual aspects of Grotowski’s work.

Part One: Foucault and Grotowski’s Theatre of Productions phase

3 A Foucaultian imperative in Grotowski’s theatre

Part Two: The New Age, the body and Grotowski

4 Critical thinking about the New Age

5 Grotowski, embodiment and the New Age

7 Trance, channeling and the ancestors in Grotowski’s theatre

9 Grotowski as Guru: an interdisciplinary challenge

Catharine Christof holds an MA(Hons) in The Study of Mysticism and Religious Experience and a PhD in Religion, both from the University of Kent, UK. She has a BA and an MFA in Theatre Arts and is currently Senior Lecturer in Theatre Arts at Loyola Marymount University, USA.