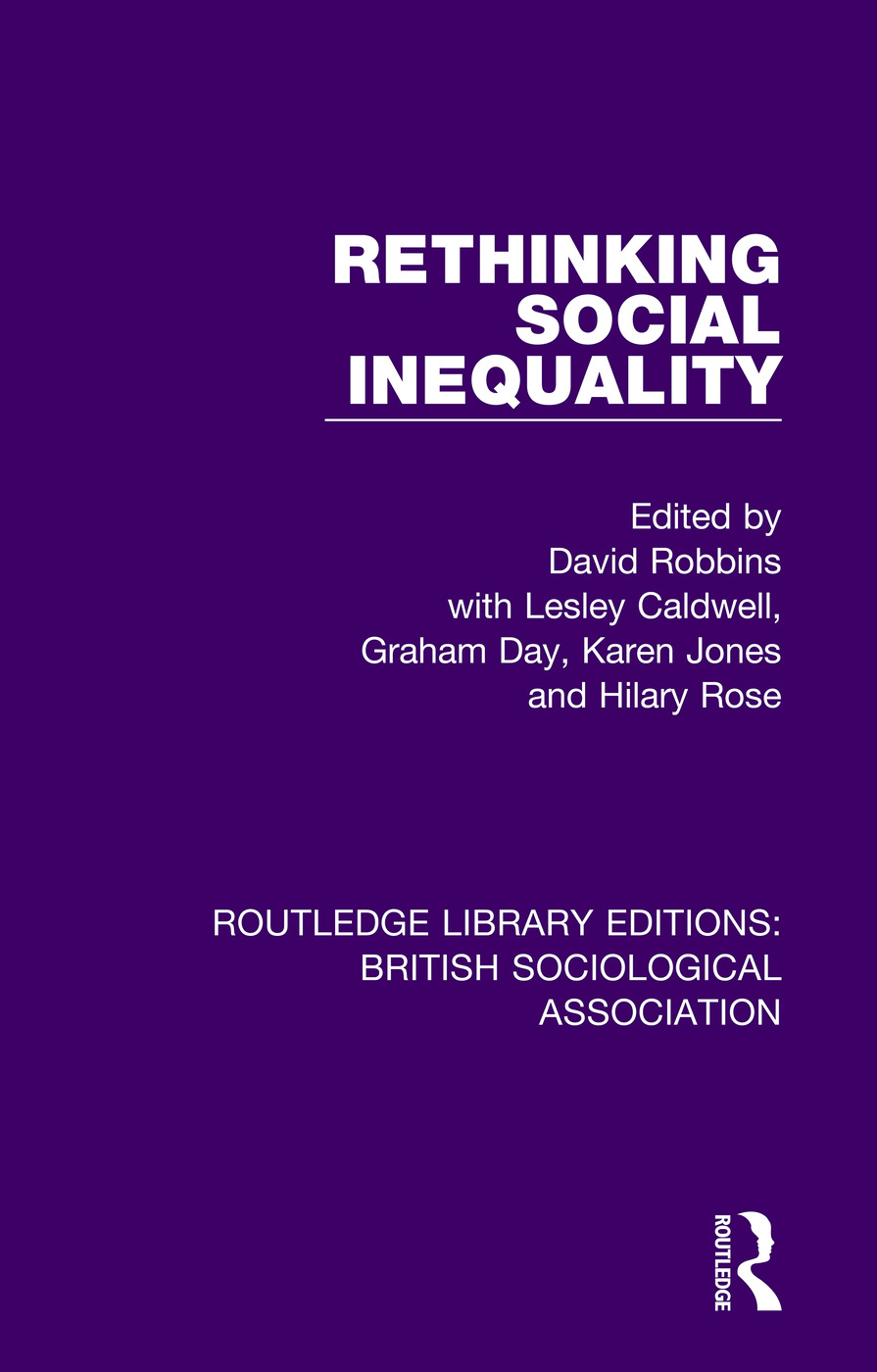 Originally published in 1982, Rethinking Social Inequality is a collection of essays looking at the breadth of contemporary work in social inequality. The book focuses on inequality as a central project of sociological enquiry, and is unified by the overarching rejection of a distributional notion of inequality, in the place of a relational one. The object of the study is not the deprived social group, but the unequal social relations, which is manifested in a variety of forms. The themes addressed in this collection indicate a shift in the areas of study concerned with social inequality, rejecting class-based inequality in with that of race, gender and age.

4. The Generation Game: Playing by the Rules, John Fitz and John Hood-Williams

7. Inequality of Access to Political Television: The Case of the General Election 1979, Alan Clarke, Ian Taylor and Justin Wren-Lewis

9. Moral Economy and the Welfare State, Roger A. Cloward and Frances Fox Piven

10. Towards a Celebration of Difference(s): Notes for a Sociological of a Possible Everyday Future, Philip Corrigan