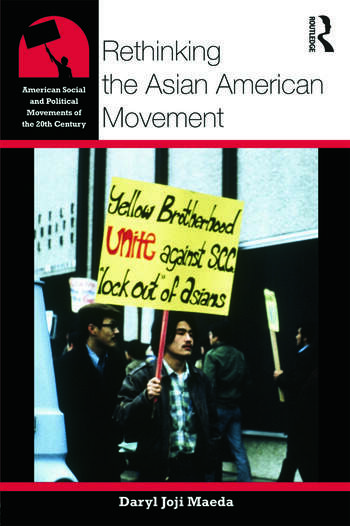 Although it is one of the least-known social movements of the 1960s and 1970s, the Asian American movement drew upon some of the most powerful currents of the era, and had a wide-ranging impact on the political landscape of Asian America, and more generally, the United States. Using the racial discourse of the black power and other movements, as well as antiwar activist and the global decolonization movements, the Asian American movement succeeded in creating a multi-ethnic alliance of Asians in the United States and gave them a voice in their own destinies.

Rethinking the Asian American Movement provides a short, accessible overview of this important social and political movement, highlighting key events and key figures, the movement's strengths and weaknesses, how it intersected with other social and political movements of the time, and its lasting effect on the country. It is perfect for anyone wanting to obtain an introduction to the Asian American movement of the twentieth century.

Daryl Joji Maeda is Associate Professor of Ethnic Studies at the University of Colorado, Boulder.

Derek Chang, author of Christians of a Christian Nation: Evangelical Missions and the Problem of Race in the Nineteenth Century

Maeda provides an insightful account of the Asian American Movement from 1968-1980, clearly explaining the diverse ethnic communities, regional organizations, and particular political perspectives that constituted the movement. This overview is an important contribution that will be of value to students of social movements and US social history in American Studies, Asian American Studies, Ethnic Studies, and Women's Studies.

Daryl Maeda’s Rethinking the Asian American Movement is an impressive study that brilliantly dissects the origins of a political movement from the activists and their ideologies to the structural dimensions that influenced their organizational strategies and activities. His critical analysis of coalition-building between racial communities at both the national and international arena reshapes our understanding of social and cultural transformation during the 1960s and 1970s.

Daryl Maeda crafts an ambitious, accessible study of one of the least known and least understood social movements of the 1960s and 1970s. He details the work - and relevance - of dozens of grassroots organizations whose incredible efforts have left a palpable mark on Asian American communities, politics, and culture. A wonderful contribution to the emerging literature on Asian American radicalism and social movements.