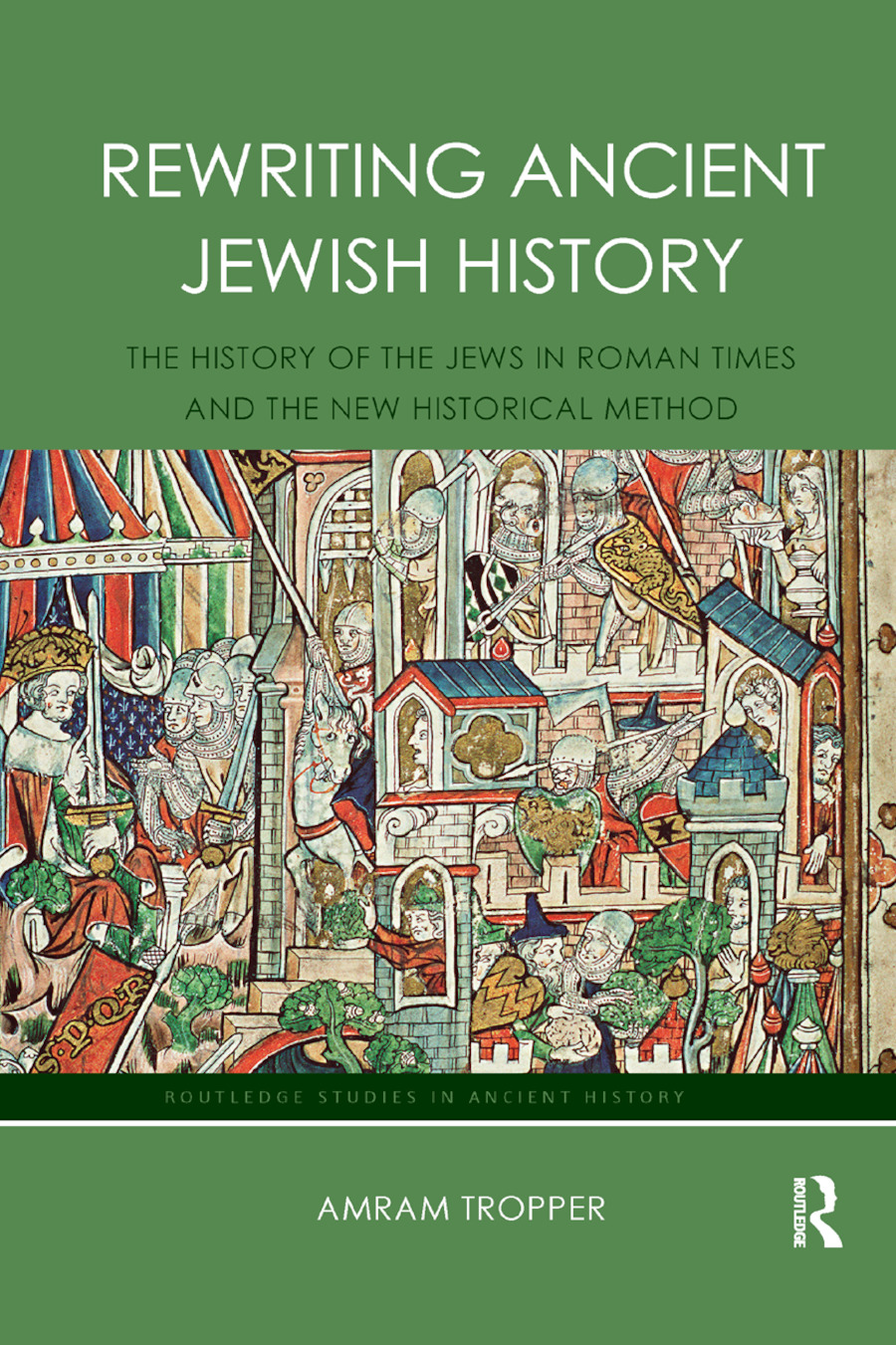 The History of the Jews in Roman Times and the New Historical Method, 1st Edition

Half a century ago, the primary contours of the history of the Jews in Roman times were not subject to much debate. This standard account collapsed, however, when a handful of insights undermined the traditional historical method, the method long enlisted by historians for eliciting facts from sources. In response to these insights, a new historical method gradually emerged. Rewriting Ancient Jewish History critiques the traditional historical method and makes a case for the new one, illustrating how to write anew ancient Jewish history.

At the heart of the traditional historical method lie three fundamental presumptions. The traditional historical method regularly presumes that multiple versions of a text or tradition are equally authentic; it presumes that many ancient Jewish sources are the products of largely immanent forces of cloistered Jewish communities; and, barring any local grounds for suspicion, it presumes that most ancient Jewish texts faithfully reflect their sources and reliably recount events. Rewriting Ancient Jewish History unfurls the failings of this approach; it promotes the new historical method which circumvents the flawed traditional presumptions while plotting anew the limits of rational argumentation in historical inquiry. This crucial reappraisal is a must-read for students of Jewish and Roman history alike, and a fascinating case-study in how historians should approach their ancient sources.

Chapter 1: Can Multiple Versions of a Text be Equally Authentic?

Chapter 2: The Rabbis as Unusual Romans

Chapter 3: An Introduction to Credibility: On Sources, Credibility and Corroboration

Chapter 6: The Traditional Historical Method on the Credibility of Rabbinic Literature

Chapter 7: The Collapse of the Traditional Presumptions about Rabbinic Literature

Chapter 9: On Hillel the Elder’s Rise to Greatness

Amram Tropper, Ph.D. (2002) Oxford University, is Senior Lecturer in Jewish History at Ben-Gurion University. His previous publications include Wisdom, Politics, and Historiography (Oxford, 2004), Like Clay in the Hands of the Potter (Merkaz Zalman Shazar, 2011) and Simeon the Righteous in Rabbinic Literature (Brill, 2013).