Ritual and Spontaneity in the Psychoanalytic Process
A Dialectical-Constructivist View 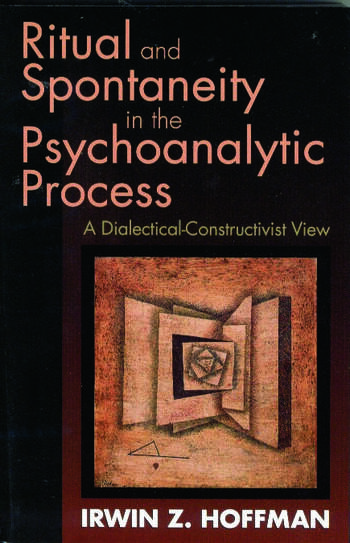 Ritual and Spontaneity in the Psychoanalytic Process: A Dialectical-Constructivist View

The psychoanalytic process is characterized by a complex weave of interrelated polarities:  transference and countertransference, repetition and new experience, enactment and interpretation, discipline and personal responsiveness, the intrapsychic and the interpersonal, construction and discovery.  In Ritual and Spontaneity in the Psychoanalytic Process, Irwin Z. Hoffman, through compelling clinical accounts, demonstrates the great therapeutic potential that resides in the analyst's struggle to achieve a balance within each of these dialectics.

According to Hoffman, the psychoanalytic modality implicates a dialectic tension between interpersonal influence and interpretive exploration, a tension in which noninterpretive and interpretive interactions continuously elicit one another.  It follows that Hoffman's "dialectical constructivism" highlights the intrinsic ambiguity of experience, an ambiguity that coexists with the irrefutable facts of  a person's life, including the fact of mortality.   The analytic situation promotes awareness of the freedom to shape one's life story within the constraints of given realities.  Hoffman deems it a special kind of crucible for the affirmation of worth and the construction of meaning in a highly uncertain world.  The analyst, in turn, emerges as a moral influence with an ironic kind of authority, one that is enhanced by the ritualized aspects of the analytic process even as it is subjected to critical scrutiny.

An intensely clinical work, Ritual and Spontaneity in the Psychoanalytic Process forges a  new understanding of the curative possibilities that grow out of the tensions, the choices, and the constraints inhering in the intimate encounter of a psychoanalyst and a patient.  Compelling reading for all analysts and analytic therapists, it will also be powerfully informative for scholars in the social sciences and the humanities.

Irwin Z. Hoffman, Ph.D., is a supervising analyst and faculty member at the Chicago Center for Psychoanalysis and a Lecturer in Psychiatry at the University of Illinois College of Medicine.  Dr. Hoffman is on the editorial boards of Psychoanalytic Dialogues and The International Journal of Psycho-Analysis and is an editorial reader for The Psychoanalytic Quarterly.  He is coauthor, with Merton M. Gill, of Analysis of Transference, Vol. II: Studies of Nine Audio-Recorded Psychoanalytic Sessions (1982).

"In this wonderfully rich and theoretically imaginative new book, Hoffman reflects on the evolution of his own thinking and continues to explore the profound implications of a dialectical and constructivist vision of the psychoanalytic process by engaging us with vivid and emotionally compelling clinical material.  His writing unfolds as a lucid demonstration of the very model it seeks to articulate, for Hoffman never tells the reader what to think.  Rather he constructs a new intellectual context from within which to think and act - a uniquely personal space in which the thoughts we think as analysts, the interpretations we offer during sessions, and the relationships we build with our patients all take on creatively transformed potentials and meanings.  Ritual and Spontaneity in the Psychoanalytic Process will become required reading for anyone interested in the history and continuing evolution of contemporary psychoanalytic theory and in the eloquent thinking of one of its primary architects."

"In recent years Irwin Z. Hoffman has established himself as one of the most original and important thinkers in psychoanalysis.  In Ritual and Spontaneity in the Psychoanalytic Process he not only articulates his creatively brilliant dialectical-contructivist perspective, but also reflects on the role of mortality as the ever-present backdrop on the psychoanalytic stage.  This book commands our attention.  All analysts and therapists owe it to themselves to read it carefully and contemplate its significance for their work."

"Over the past two decades, Irwin Z. Hoffman has been one of the most influential and generative thinkers on the psychoanalytic scene and a central figure in the broadscale paradigmatic shift from classical psychoanalysis to a psychoanalysis congruent with our own time.  Hoffman combines a searing honesty, a deep humanity, a respect for tradition, and a brilliantly incisive, tenacious grip on the knottiest tangles, contradictions, and ironies of the psychoanalytic situation.  In this book, he weaves together and extends his major contributions.  Ritual and Spontaneity in the Psychoanalytic Process will become indispensable for anyone even vaguely interested in what psychoanalysis has been and is in the process of becoming."