Rodin
The Zola of Sculpture 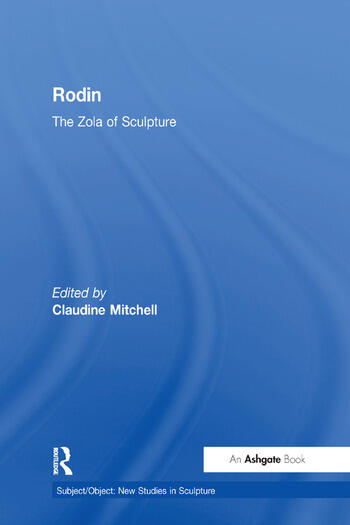 Rodin: The Zola of Sculpture

The expression 'the Zola of Sculpture' was coined in the circles of the Royal Academy in the 1880s as a term of abuse. Rodin: 'The Zola of Sculpture' reveals how the appraisal of Rodin in British culture was shaped by controversies around the literary models of Zola and Baudelaire, in a period when negative notions about French culture were being progressively transformed into positive expressions of modern sculpture. Embedded within this collaborative book is the editor's proposition that Rodin came to play an important role in the cultural politics of the Entente Cordiale at a critical juncture of European history. Encompassing new scholarship in several disciplines, drawn from both sides of the Channel, Rodin: 'The Zola of Sculpture' offers the first in-depth account of Rodin's career in Britain in the period 1880-1914 and weaves this historical trajectory into a complex investigation of the interactions between French and British cultures. The authors examine the cultural agencies in which conceptions of Rodin's practice played a defining role, dealing in turn with artists' professional associations, art criticism, private and public collectors and the education of women sculptors.

Contents: Editor's preface; Introduction: crossing borders, negotiating culture, Claudine Mitchell; Rodin's career in Britain: cultural reception (1880-1912): 'The Zola of sculpture?': a Franco-British dialogue, Claudine Mitchell; The Royal Academy and the Rodin problem, Benedict Read; William Ernest Henley and the launching of Rodin's career, Joy Newton; Rodin and the Baudelairian legacy: Arthur Symons on the sculptor as poet, Claudine Mitchell; Private patronage: Rodin and his early British collectors, Anna Tahinci; The Kiss, or the desire for classical art: The sculptor, the collector and the archaeologist, Bénédicte Garnier; Rodin on classical art, Claudine Mitchell; Rodin: 'The lesson of antiquity', Antoinette Le Normand-Romain; The legacy: changing and conflicting aesthetics: Rodin's conception of the London monument to The Burghers of Calais, Hélène Pinet and Claudine Mitchell; The gift to the British nation: Rodin at the V&A, Claudine Mitchell; Art education in the Rodin circle and women's relation to the avant-garde: the case of Ottilie McLaren, SÃ®an Reynolds; Substance and shadow: conceptions of embodiment in Rodin and the New Sculpture, Michael Hatt; After Rodin: the problem of the statue in 20th-century sculpture, Penelope Curtis; Further reading (Rodin's career in Britain, 1880-1914); Index.

'... the value of this material, supplemented by translated documents and rich footnotes, is undeniable, and a credit to Mitchell's energy.' Catherine Lampert, Art Quarterly

'This is a very valuable book... It not only makes a major contribution to Rodin scholarship but also to the vexed question of modern art in Britain.' David J. Getsy, Oxford Art Journal