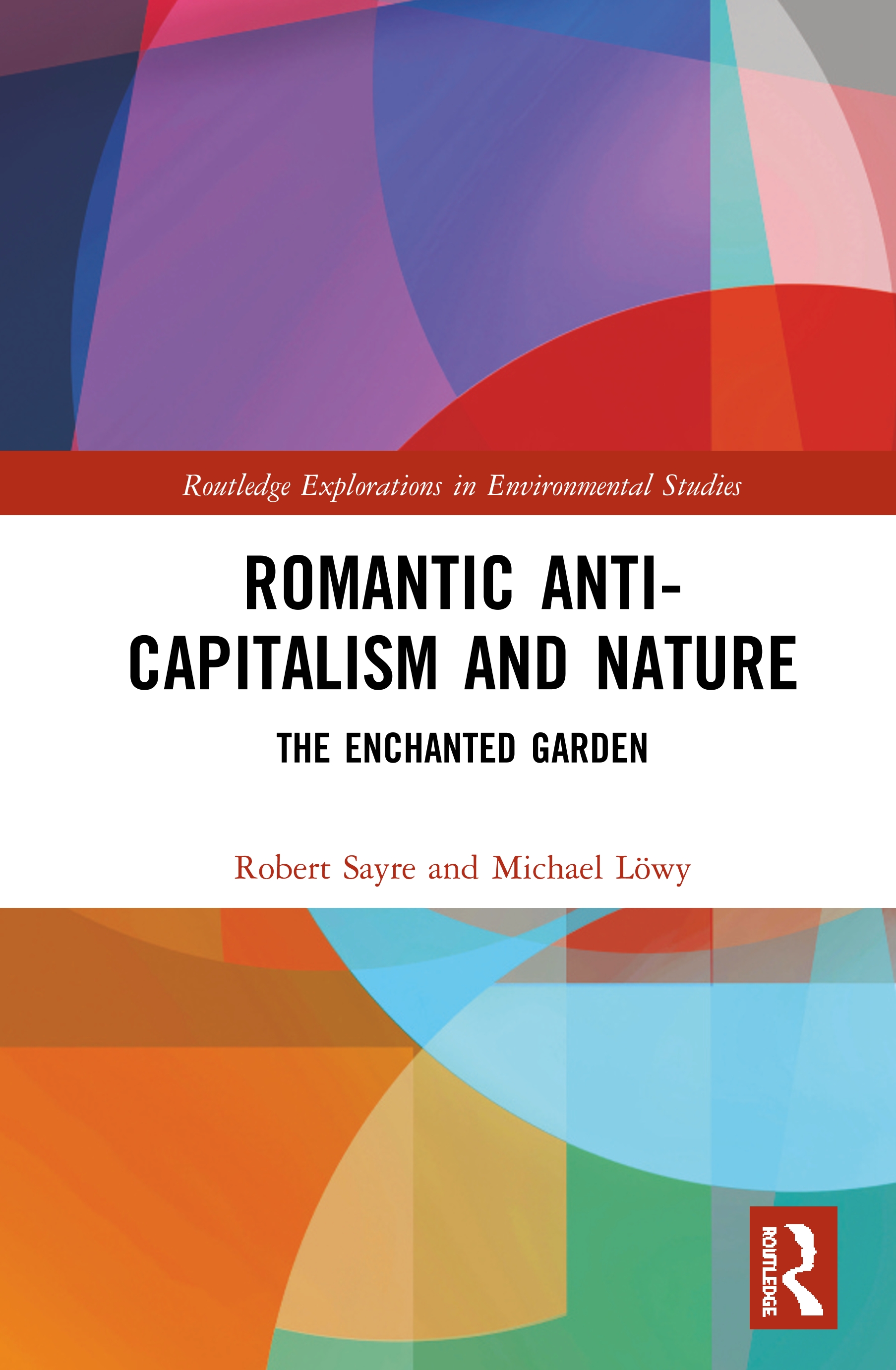 Romantic Anti-capitalism and Nature examines the deep connections between the romantic rebellion against modernity and ecological concern with modern threats to nature. The chapters deal with expressions of romantic culture from a wide variety of different areas: travel writing, painting, utopian vision, cultural studies, political philosophy, and activist socio-political writing. The authors discuss a highly diverse group of figures - William Bartram, Thomas Cole, William Morris, Walter Benjamin, Raymond Williams, and Naomi Klein - from the late eighteenth to the early twenty-first century. They are rooted individually in English, American, and German cultures, but share a common perspective: the romantic protest against modern bourgeois civilisation and its destruction of the natural environment.

Although a rich ecocritical literature has developed since the 1990s, particularly in the United States and Britain, that addresses many aspects of ecology and its intersection with romanticism, they almost exclusively focus on literature, and define romanticism as a limited literary period of the late eighteenth and early nineteenth centuries. This study is one of the first to suggest a much broader view of the romantic relation to ecological discourse and representation, covering a range of cultural creations and viewing romanticism as a cultural critique, or protest against capitalist-industrialist modernity in the name of past, pre-modern, or pre-capitalist values.

This book will be of great interest to students and scholars of ecology, romanticism, and the history of capitalism.

"Right out of the gate, Romantic Anti-Capitalism and Nature is a book that pulsates with deep historical knowledge, intelligence, and acumen. Löwy and Sayre are not only creative and ground-breaking in their repositioning of the world-view of Romantic anti-capitalism to address unconventional cultural forms and historical eras. They have also produced an uncanny work of historical reconstruction that renders this cultural protest against bourgeois civilization engrossing, revelatory, inspiring, and diagnostically acute to the ecological crises of our own time."

"Romantic anti-capitalist culture has shadowed the entire development of capitalism since the Industrial Revolution, reminding us of a world lost, but also of a world still to be gained. Sayre and Lövy bring this historic tradition into the light, showing how the great Romantic critics of capitalism were not simply backward-looking, but sought the inversion of the system, turning to the past and to pre-captialist nature in order to develop new means of transcending the present and re-imagining the future. The powerful Romantic critique of capitalism unearthed in this book is essential to all of our efforts to overcome the widening existential crises of our time."

John Bellamy Foster, author of Marx’s Ecology and The Return of Nature: Socialism and Ecology

"For many years Löwy and Sayre have been arguing that romanticism is an essential component of effective anti-capitalism. In this new collection of essays on figures ranging from the eighteenth-century naturalist William Bartram to Naomi Klein, they propose that romantic critique at its most profound was always ecological in nature. This is a timely contribution to debates on the crisis of our age."

"To gather these six heterogeneous and widely separated artists and writers together under the rubric of Romanticism was a good idea, and to bring out their anti-capitalism and pro-environmentalism an even better one. Setting Bartram beside Morris, or Benjamin beside Klein, helps us to think more usefully about each of them, and to see something of a tradition that is still alive. And we may need this tradition to help us keep the planet alive."

"This fascinating and ambitious book shows how the long lineage of Romantic thinking about nature is vitally important for contesting the current scale and extent of environmental destruction globally. It is a significant and original revision of how we understand this major historical period and its claims on the present."

4. Walter Benjamin Against the "Murder" of Nature

Robert Sayre is Professor Emeritus of English and American Literature and Civilization at the University of Paris East, Marne-la-Vallée, France.