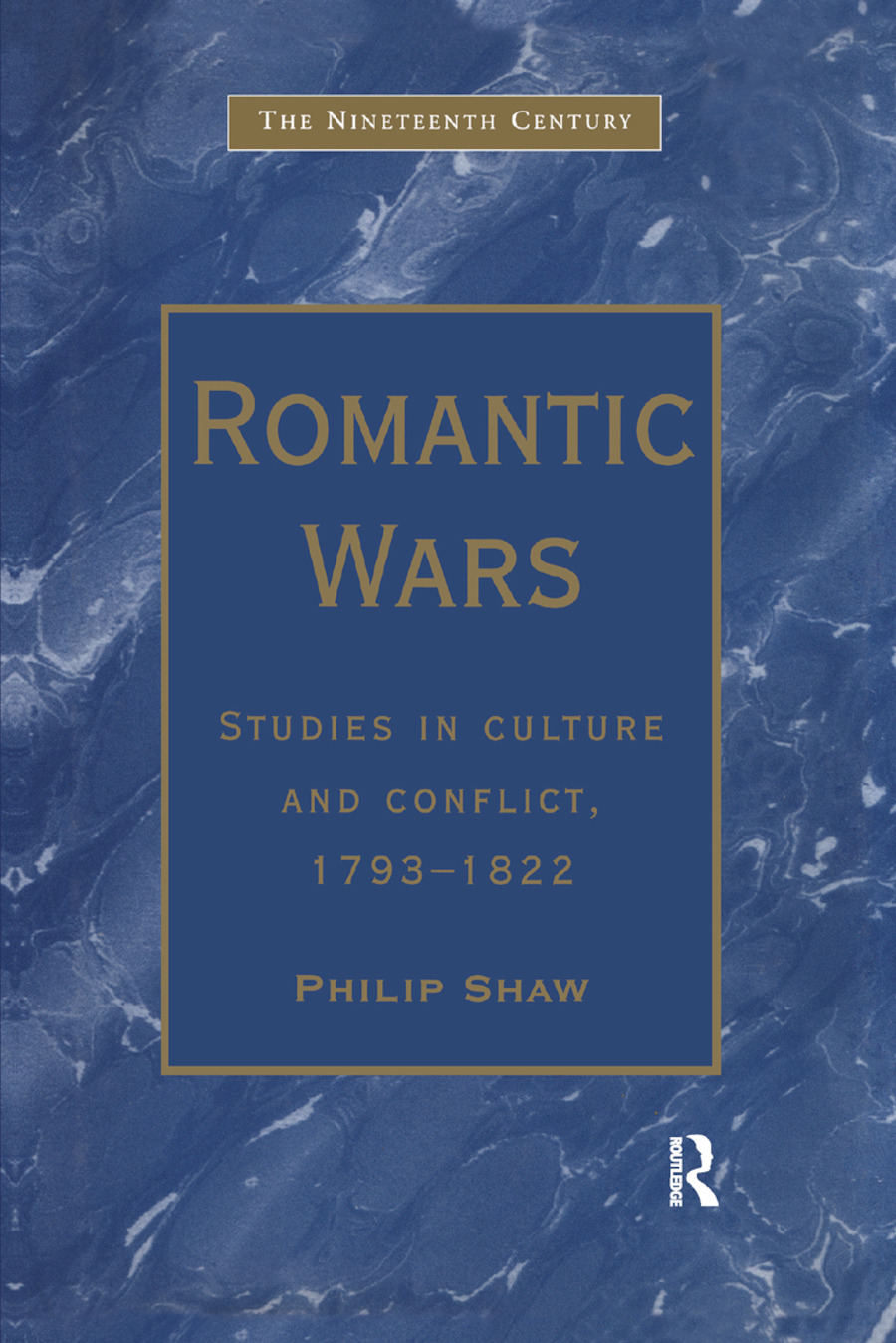 Romantic Wars is a collection of eight specially commissioned essays focusing on the relations between British Romantic culture (poetry, fiction, painting, and non-fictional prose) and the Revolutionary and Napoleonic wars. Whilst in recent years much attention has been paid to the influence of the French Revolution on British Romanticism, comparatively little has been written about the effects of war. This book takes, as its central thesis, the idea that Romanticism is facilitated and conditioned by a culture of hostility. Whether this is manifested in Blakean visions of 'mental warfare', or in socio-historical reflections on the links between conflict and nationhood, the essays in this volume seek to correct a prevailing assumption that the culture of this period is unaffected by discourses of violence. Through a combination of individual case studies - detailed readings of warfare in Coleridge, Byron, Charlotte Smith and Austen - and wider-ranging survey discussions, including essays on the representation of the British sailor and war poetry by women, the book provides a timely reflection on the texts and contexts of the first 'Great War'. The book is aimed at literary specialists and historians working in the areas of Romanticism and European history. It will also appeal to general readers with an interest in early nineteenth-century writing and British culture.

Philip Shaw is Lecturer in English at the University of Leicester.