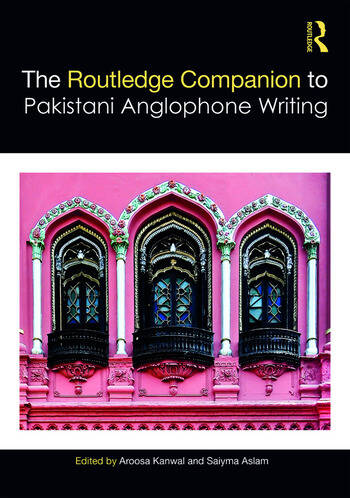 The Routledge Companion to Pakistani Anglophone Writing forms a theoretical, comprehensive, and critically astute overview of the history and future of Pakistani literature in English. Dealing with key issues for global society today, from terrorism, religious extremism, fundamentalism, corruption, and intolerance, to matters of love, hate, loss, belongingness, and identity conflicts, this Companion brings together over thirty essays by leading and emerging scholars, and presents:

Providing a comprehensive yet manageable introduction to cross-cultural relations and to historical, regional, local, and global contexts that are essential to reading Pakistani anglophone literature, The Routledge Companion to Pakistani Anglophone Writing is key reading for researchers and academics in Pakistani anglophone literature, history, and culture. It is also relevant to other disciplines such as terror studies, post-9/11 literature, gender studies, postcolonial studies, feminist studies, human rights, diaspora studies, space and mobility studies, religion, and contemporary South Asian literatures and cultures.

PART I: Reimagining History: The Legacy of War and Partition

PART II: 9/11 and Beyond: Contexts, Forms, and Perspectives

Aroosa Kanwal is Assistant Professor of English Literature at the International Islamic University, Pakistan. She is an author of Rethinking Identities in Contemporary Pakistani Fiction: Beyond 9/11 (2015), which was awarded the KLF-Coca-Cola award for the best non-fiction book of the year in 2015.

Saiyma Aslam is Assistant Professor of English Literature at the International Islamic University, Pakistan. She is a researcher in postcolonial studies and English literature, with a focus on travelling theory, mobility, globalisation, and Islamic feminism. She is the author of From Stasis to Mobility: Arab Muslim Feminists and Travelling Theory (2017).

"The Routledge Companion to Pakistani Anglophone Writing is a stupendous collection of essays, serving as a comprehensive preamble to historical, regional, local, and global issues ambient to cross-cultural relations, which are imperative to the reading of Pakistani anglophone literature."
- Muhammad Imran & Jonathan Locke Hart, Shanghai Jiao Tong University, China