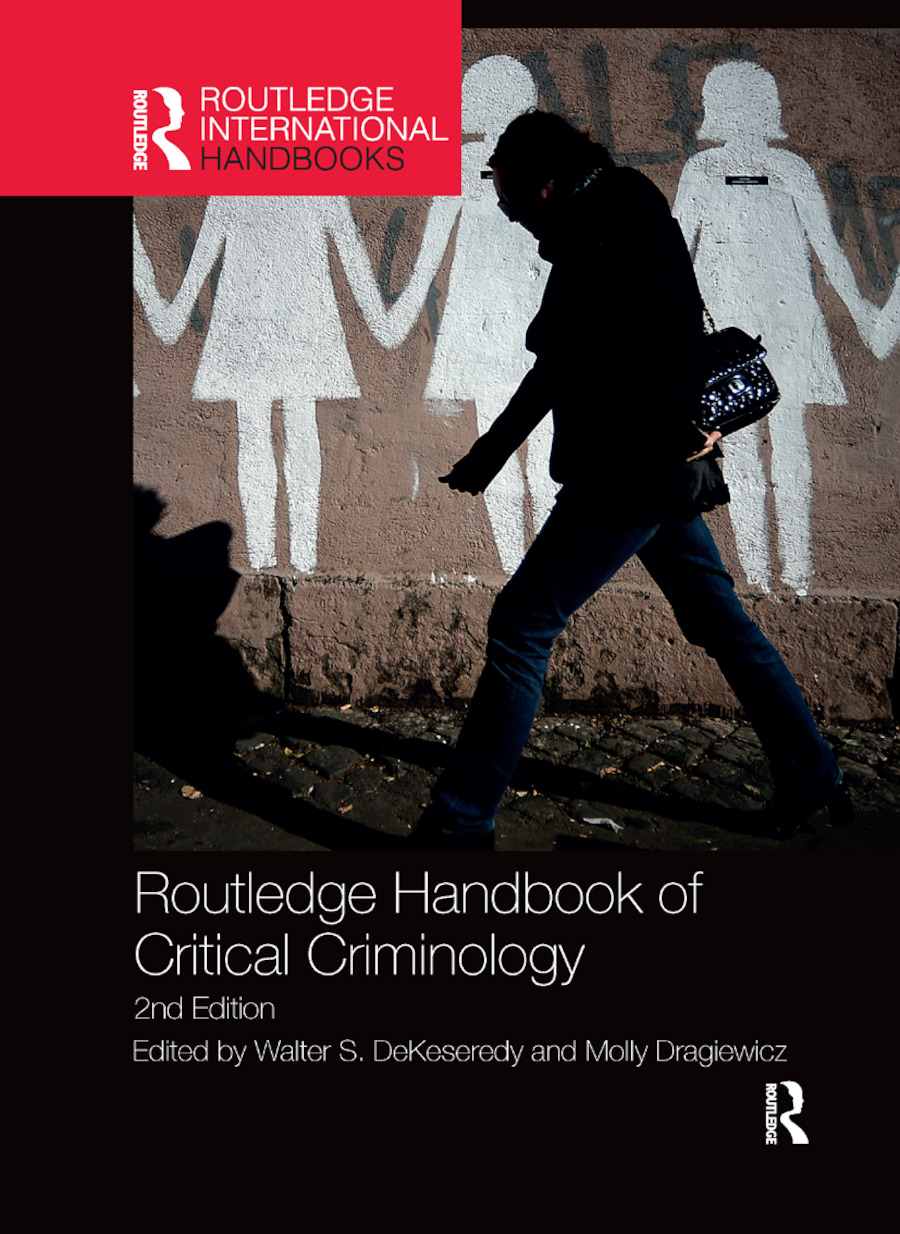 The main objective of the second edition of the Routledge Handbook of Critical Criminology is twofold: (1) to provide original chapters that cover contemporary critical criminological theoretical offerings generated over the past five years and (2) to provide chapters on important new substantive topics that are currently being studied and theorized by progressive criminologists. Special attention is devoted to new theoretical directions in the field, such as southern criminology, queer criminology, and green criminology.

The diverse chapters cover not only cutting-edge theories, but also the variety of research methods used by leading scholars in the field and the rich data generated by their rigorous empirical work. In addition, some of the chapters suggest innovative and realistic short- and long-term policy proposals that are typically ignored by mainstream criminology. These progressive strategies address some of the most pressing social problems facing contemporary society today, which generate much pain and suffering for socially and economically disenfranchised people.

The new edition of the Handbook is a major work in redefining areas within the context of international multidisciplinary critical research, and in highlighting emerging areas, such as human trafficking, Internet pornography and image-based sexual abuse. It is specifically designed to be a comprehensive resource for undergraduate and postgraduate students, researchers and policymakers.

Walter S. DeKeseredy is Anna Deane Carlson Endowed Chair of Social Sciences, Director of the Research Centre on Violence, and Professor of Sociology at West Virginia University. He has published 23 books, 95 scientific journal articles and 76 scholarly book chapters on violence against women and other social problems.

is Associate Professor in the School of Justice, Faculty of Law at Queensland University of Technology in Brisbane, Australia. She launched QUT’s first domestic violence elective unit in 2015 and developed and serves as Course Coordinator for the Graduate Certificate in Domestic Violence since 2016.