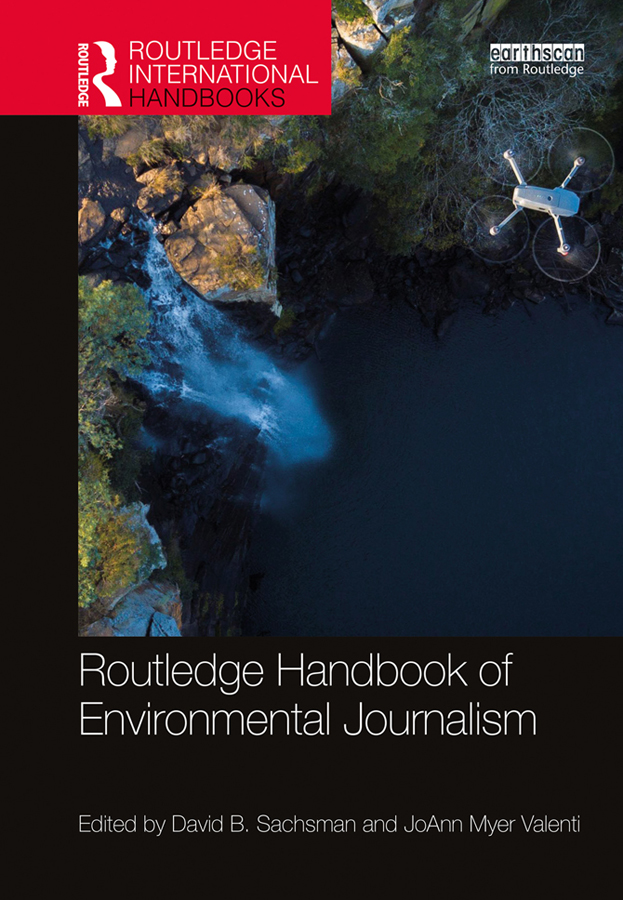 The Routledge Handbook of Environmental Journalism provides a thorough understanding of environmental journalism around the world.

An increasing number of media platforms – from newspapers and television to Internet social media networks – are the major providers of indispensable information about the natural world and environmental risk. Despite the dramatic changes in the news industry that have tended to reduce the number of full-time newspaper reporters, environmental journalists remain key to bringing stories to light across the globe. With contributions from around the world broken down into five key regions – the United States of America, Europe and Russia, Asia and Australia, Africa and the Middle East, and South America – this book provides support for today’s environment reporters, the providers of essential news in the 21st century.

As a scholarly and journalistic work written by academics and the environmental reporters themselves, this volume is an essential text for students and scholars of environmental communication, journalism, and global environmental issues more generally, as well as professionals working in this vital area.

"David Sachsman and JoAnn Valenti have a rare and precious combination of skills -- accomplishment and street-cred in both the practice and teaching of environmental journalism. They've compiled an exhaustive, authoritative look at the craft, how it evolved, and how it impacted our past, impacts our world today, and will impact our future." -- Peter Dykstra, Editor, Environmental Health News (EHN.org) and dailyclimate.org; Contributor, Public Radio International's Living on Earth; Former Executive Producer, CNN Science and Environment, USA

"This is an ambitious project, as most all handbook projects are. The chapters paint an amazingly rich picture of environmental journalism as it exists in the world today, as well as where it came from. This includes making connections to "nature writing," to the rise of internet-based reporting, to the concomitant fall of mainstream journalism in so many places, to the differing social and cultural contexts around the globe that mold and are molded by what journalism (in its varying forms) has to say – about environment as about everything else. I recommend it for the breadth and depth of its discussion of all these issues and more. I can certainly see how many of its chapters might find their way into graduate and undergraduate curricula of the near future, especially where teachers want to encourage awareness of global trends, global variations, and global challenges." --

"Journalists – and the environment – are facing a global reckoning. Never before have threats been so severe to the earth, and to the individuals that chronicle its fate. David B. Sachsman and JoAnn Myer Valenti take a bold, comprehensive and vital look at the forces that are shaping global environmental journalism through personal stories of triumph and danger, history, and geographic hotspots of environmental degradation. This seminal handbook paints the most complete picture yet of one of the most important news endeavors of our time: environmental journalism." --

Part I: Journalism and the Environment

Part V: Environmental Reporting in Africa and the Middle East

David B. Sachsman holds the George R. West, Jr. Chair of Excellence in Communication and Public Affairs at the University of Tennessee at Chattanooga. His books include Environmental Risk and the Press, The Reporter’s Environmental Handbook, and Environment Reporters in the 21st Century.

, Emerita Professor of Communication, is co-author of Environment Reporters in the 21st Century, a founding SEJ Academic Board Member, and an AAAS Fellow.