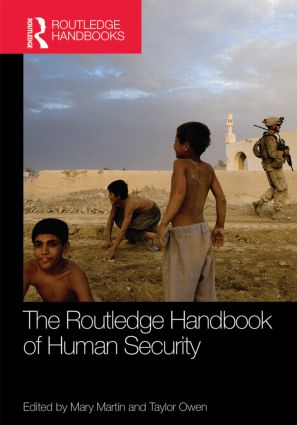 This Handbook will serve as a standard reference guide to the subject of human security, which has grown greatly in importance over the past twenty years.

Human security has been part of academic and policy discourses since it was first promoted by the UNDP in its 1994 Human Development Report. Filling a clear gap in the current literature, this volume brings together some of the key scholars and policy-makers who have contributed to its emergence as a mainstream concept, including Nobel prize winner Amartya Sen and Sadako Ogata, who jointly chaired the 2001 Commission on Human Security. Drawing upon a range of theoretical and empirical analyses, the Handbook provides examples of the use of human security in policies as diverse as disaster management, arms control and counter-terrorism, and in different geographic and institutional settings from Asia to Africa, and the UN. It also raises important questions about how the concept might be adapted and operationalised in future.

Over the course of the book, the authors draw on three key aspects of human security thinking:

Featuring some of the leading scholars in the field, the Routledge Handbook of Human Security will be essential reading for all students of human security, critical security, conflict and development, peace and conflict studies, and of great interest to students of international security and IR in general.

Mary Martin is a Research Fellow at the Civil Society and Human Security Research Unit, London School of Economics, UK.

Taylor Owen is the Research Director of the Tow Center for Digital Journalism at Columbia University, USA.