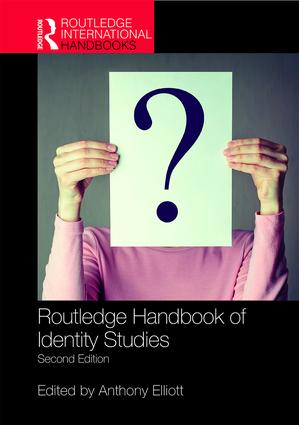 In this comprehensive, accessible handbook, acclaimed social theorist Anthony Elliott brings together internationally distinguished and emergent scholars in the social sciences and humanities to review the major theoretical traditions, trends and trajectories in the hugely popular field of identity studies.

The Routledge Handbook of Identity Studies set new standards for reference works when first published, such was the far-reaching sweep of topics discussed – including identity studies reconfigured by feminism, post-structuralism and postmodernism, individualization theories, media and cultural studies, race and ethnicity, consumerism, environmentalism, post-colonialism, globalization and many more.

This second edition of the handbook contains new contributions, including an updated general introduction from Anthony Elliott on the fast-changing conditions and contours of identity transformations in the global age. There are also new chapters on the emergence of posthuman identities - with specific focus on the global consequences of biotechnology, biomedicine, robotics and artificial intelligence for the analysis of identity - and on identity mobilities.

The handbook's clear and accessible format will appeal to a wide undergraduate audience, as well as researchers and teachers, in the social sciences and humanities.

1 The Rise of Identity Studies: An Outline of Some Theoretical Accounts

2 A History of Identity: The Riddle at the Heart of the Mystery of Life

5 Foucauldian Approaches to the Self

6 The Fragmentation of Identity: Post-Structuralist and Postmodern Theories

PART 2: The Analysis of Identity

PART 3: Identity-Politics and its Consequences

18 Sexual Identity-Politics: Activism from Gay to Queer and Beyond

21 The Politics of Islamic Identities

22 Indigenous Identities: From Colonialism to Post-Colonialism

24 Identity-Politics in the Global Age