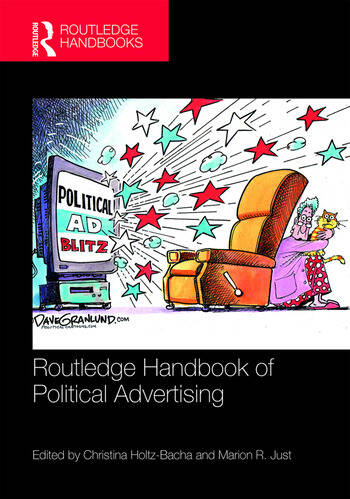 Chapter 6: The Effects of Political Advertising

Part II: Airtime With No Charge For Electoral Advertising

Chapter 9: Political Advertising in Chile: State of play in a period of changes

Chapter 10: The Role of Political Advertising in the Czech Republic

Chapter 11: Political advertising in France: the story and effects of a slow liberalization

is Professor of Political Science at Wellesley College and an Associate of the Shorenstein Center on Media, Politics and Public Policy at Harvard’s Kennedy School of Government. Her research in political science focuses on elections, politics and the media. She has published several co-authored books and articles in professional journals.