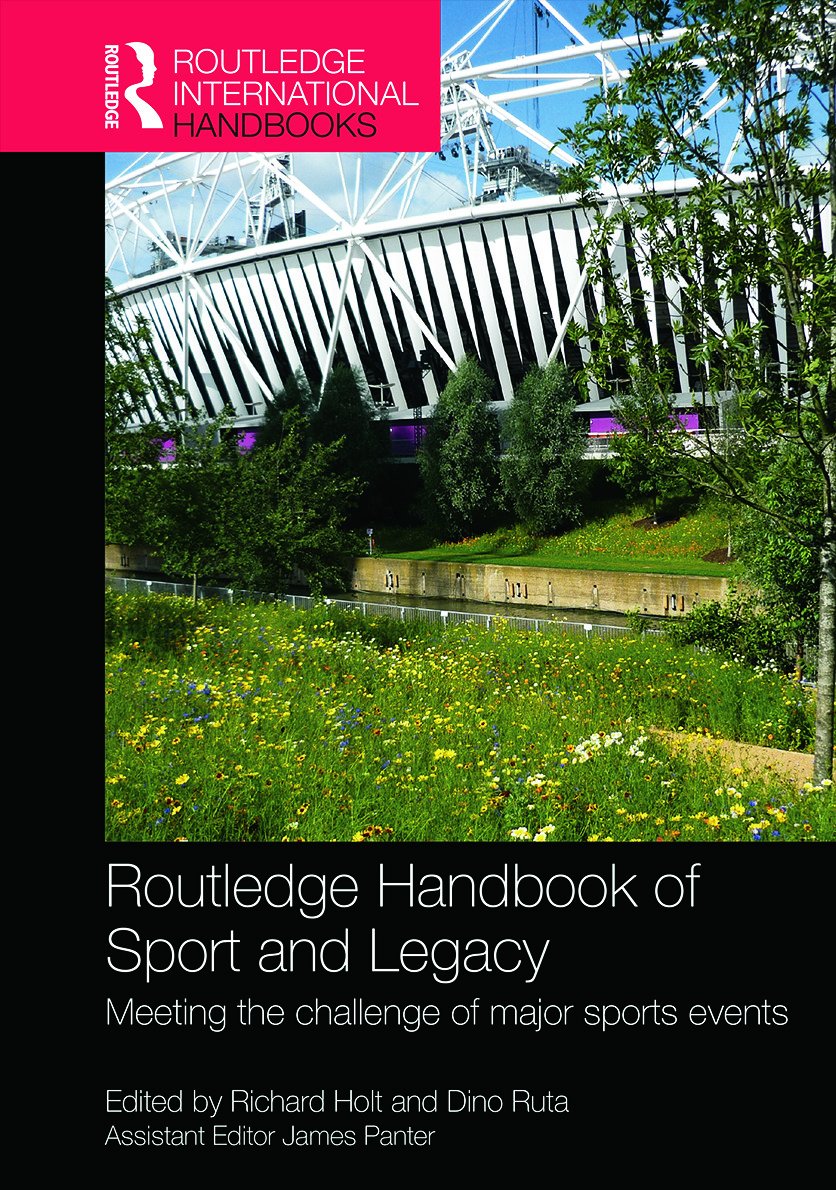 Routledge Handbook of Sport and Legacy

What remains of a great sporting spectacle after the last race is run or the final match is played? How can the vast expense of mounting such events be justified? What if there is nothing left behind or what if the legacy is negative, a costly infrastructure which is unused or a debt-ridden host city? The Routledge Handbook of Sport and Legacy addresses perhaps the most important issue in the hosting of major contemporary sporting events: the problem of ‘legacy’. It offers a rigorous, innovative and comparative insight into this contested concept from interdisciplinary and practical perspectives.

Major events must now have a conscious, credible and defined policy for legacy to meet public expectations. The book provides a comprehensive survey of the various kinds of legacy that can be delivered, as well as a close examination of the potential benefits and practical challenges involved in each. From ‘hard’ legacies, such as stadia and infrastructure, to ‘soft’ legacies including skill development, attitude change and capacity building, the book offers both a historical case study and an innovative strategic management approach, and establishes the limits of what can realistically be achieved in terms of economic, social, cultural, physical and sporting development.

The Routledge Handbook of Sport and Legacy includes contributions from world leading scholars and practitioners and features detailed case studies of major sports events from around the world, including the FIFA World Cup and ten Olympics Games from London in 1908 to London 2012. It is invaluable reading for students and researchers working in sport studies, events management, human geography, economics or planning, and an essential reference for any professional engaged in delivering legacy through sport.

Richard Holt is Professor of History in the International Centre for Sports History and Culture at De Montfort University, Leicester, UK. He is the author of Sport and Society in Modern France (1981), Sport and the British: A modern history (1989) and Sport in Britain: 1945–2000 (2000, jointly with Tony Mason). He has co-edited several essay collections, most recently Sport and the Transformation of Europe (2011, jointly with Christopher Young and Alan Tomlinson) and has published extensively in a wide range of academic journals. He is a former Director of the International Master in Humanities, Management and Law of Sports programme at De Montfort University.

James Panter is Research Officer at the International Centre for Sports History and Culture, De Montfort University, Leicester, UK. He also co-ordinates the International MA in Management, Law and Humanities of Sport which is delivered in partnership with the Centre International d’Etude du Sport, SDA Bocconi School of Management and University of Neuchâtel, Switzerland. He has worked on a number of international sports research projects and has a wide knowledge of contemporary sport.