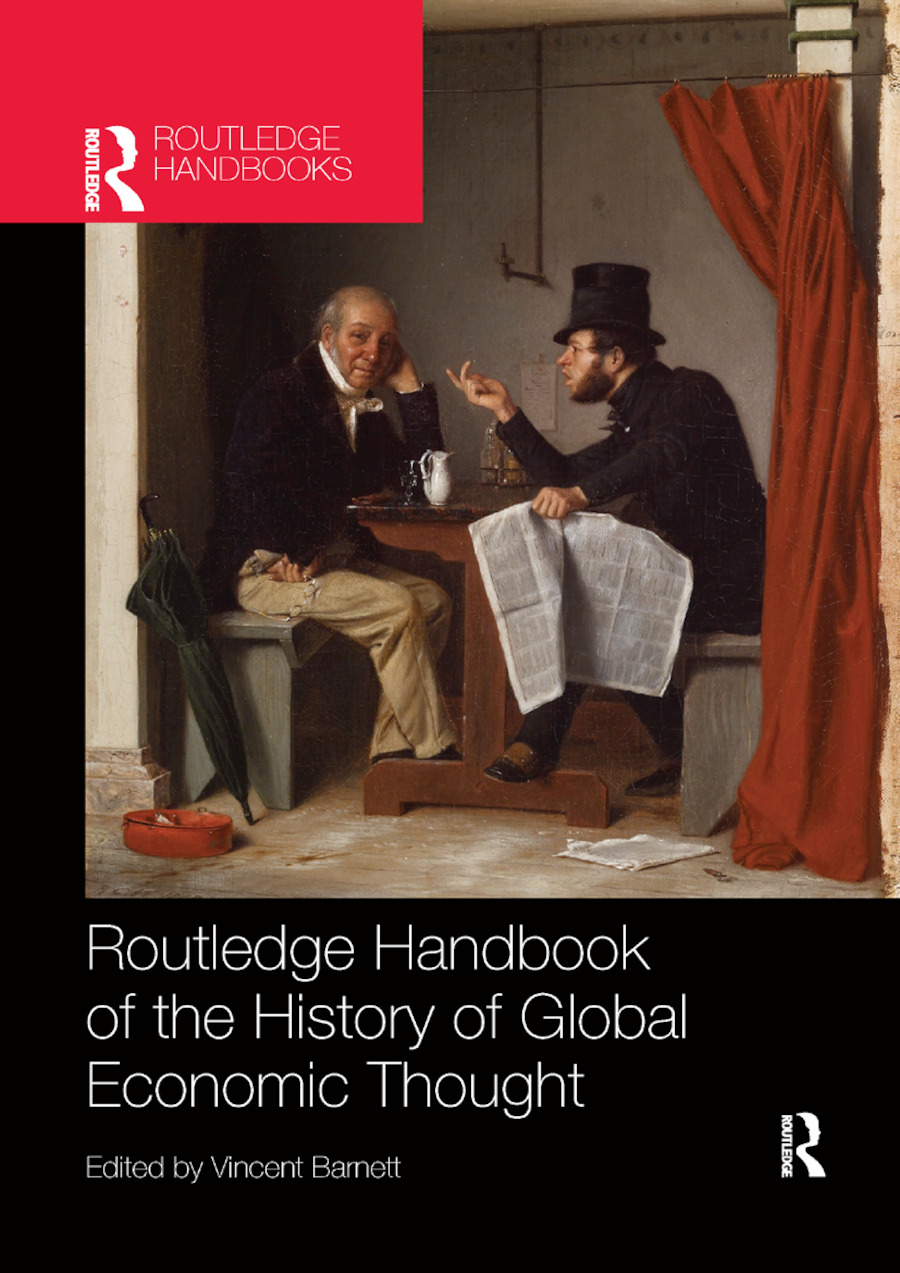 Routledge Handbook of the History of Global Economic Thought

The Routledge Handbook of the History of Global Economic Thought offers the first comprehensive overview of the long-run history of economic thought from a truly international perspective. Although globalization has facilitated the spread of ideas between nations, the history of economics has tended to be studied either thematically (by topic), in terms of different currents of thought, or individually (by economist). Work has been published in the past on the economic thought traditions of specific countries, but this pioneering volume is unique in offering a wide-ranging comparative account of the development of economic ideas and philosophies on the international stage.

The volume brings together leading experts on the development of economic ideas from across the world in order to offer a truly international comparison of the economics within nation-states. Each author presents a long-term perspective on economics in their region, allowing global patterns in the progress of economic ideas over time to be identified.

This rigorous, ambitious and highly scholarly volume will be of key interest to students, academics, policy professionals and to interested general readers across the globe.

Vincent Barnett has been a Research Fellow for over two decades at numerous universities across the UK. He most recent books are the Routledge Historical Biography John Maynard Keynes (2013), and the first monograph in English exploring the work of E.E. Slutsky as Economist and Mathematician (2011).