Routledge Handbook of the Indian Diaspora 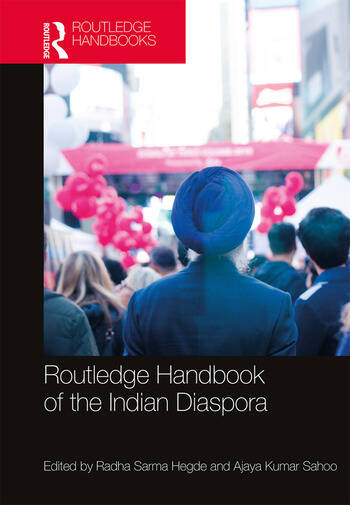 Routledge Handbook of the Indian Diaspora

The geographical diversity of the Indian diaspora has been shaped against the backdrop of the historical forces of colonialism, nationalism and neoliberal globalization. In each of these global moments, the demand for Indian workers has created the multiple global pathways of the Indian diasporas.

The Routledge Handbook of the Indian Diaspora introduces readers to the contexts and histories that constitute the Indian diaspora. It brings together scholars from different parts of the globe, representing various disciplines, and covers extensive spatial and temporal terrain. Contributors draw from a variety of archives and intellectual perspectives in order to map the narratives of the Indian diaspora. The topics covered range from the history of diasporic communities, activism, identity, gender, politics, labour, policy, violence, performance, literature and branding.

The handbook analyses a wide array of issues and debates and is organised in six parts:

Providing a comprehensive analysis of the diverse social, cultural and economic contexts that frame diasporic practices, this key reference work will reinvigorate discussions about the Indian diaspora, its global presence and trajectories. It will be an invaluable resource for academics, researchers and students interested in studying South Asia in general and the Indian diaspora in particular.

Part I: Histories and trajectories

Radha Sarma Hegde is Professor of Media, Culture and Communication at New York University, U.S. Her research interests focus on issues of migration, transnational feminism, globalization and media. She is the author of Mediating Migration (2016), and currently co-editor of the journal Feminist Media Studies.