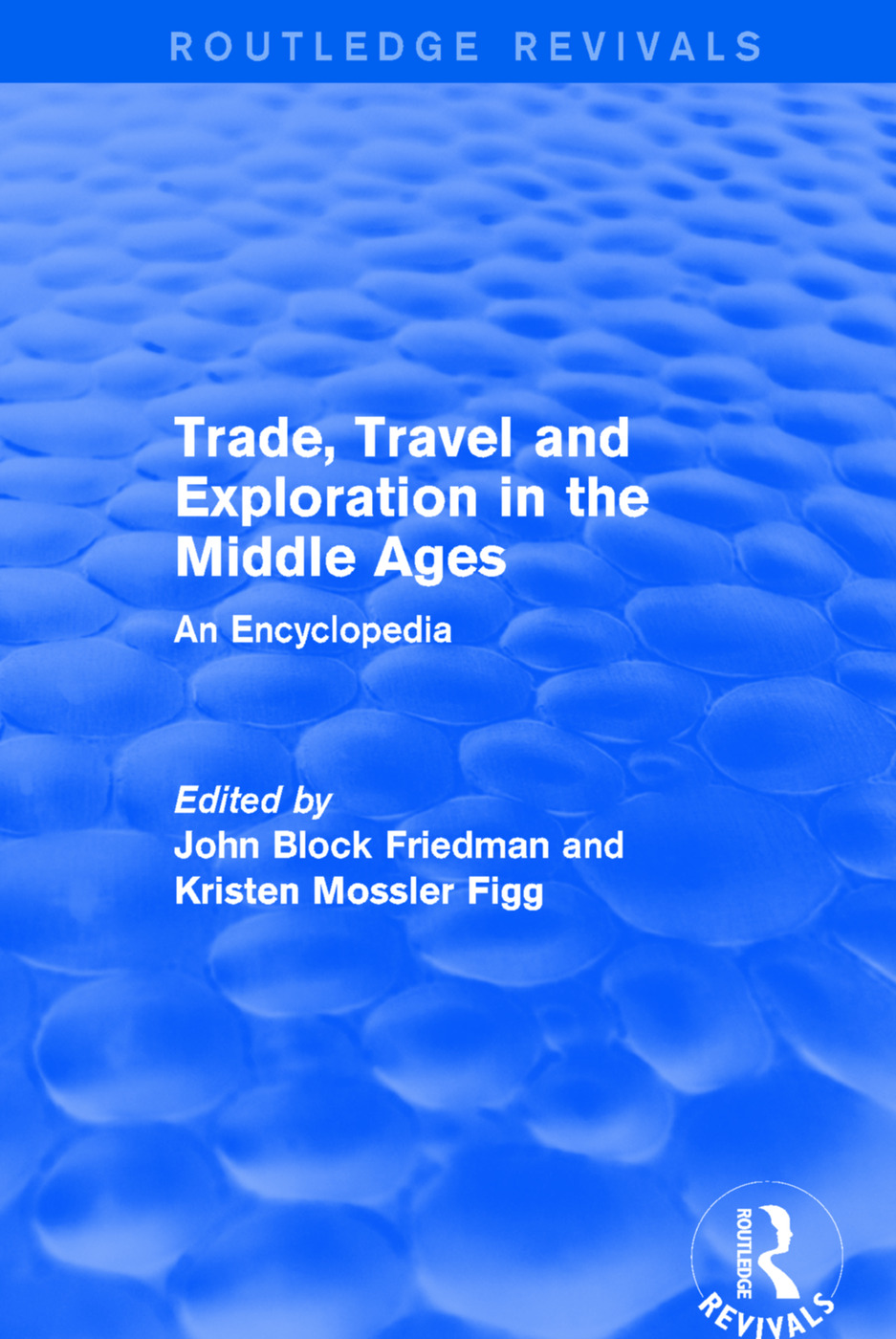 Routledge Revivals: Trade, Travel and Exploration in the Middle Ages (2000)

First published in 2000, Trade, Travel, and Exploration: An Encyclopedia covers the people, places, technologies, and intellectual concepts that contributed to trade, travel and exploration during the Middle Ages, from the years C.E. 525 to 1492.

This comprehensive reference work contains entries on a large number of subjects, including familiar topics such as the voyages of Columbus and Marco Polo, and also information that is more difficult to find, for example, the traditions of travel among Muslim women and the influence of Viking travel on navigation and geographical knowledge.

Bringing together more than 175 scholars from a variety of disciplines, it minimizes Eurocentric bias and offers extensive coverage of such topics as travel within Inner Asia, Mongol society, and the spread of Buddhism.

Including an extensive map program and more than 125 illustrations, as well as bibliographies, a comprehensive index and "see also" references, Medieval Trade, Travel, and Exploration is a valuable reference guide for undergraduate and graduate students, scholars and also the general reader.

John Block Friedman is emeritus professor of English at the University of Illinois at Urbana-Champaign.