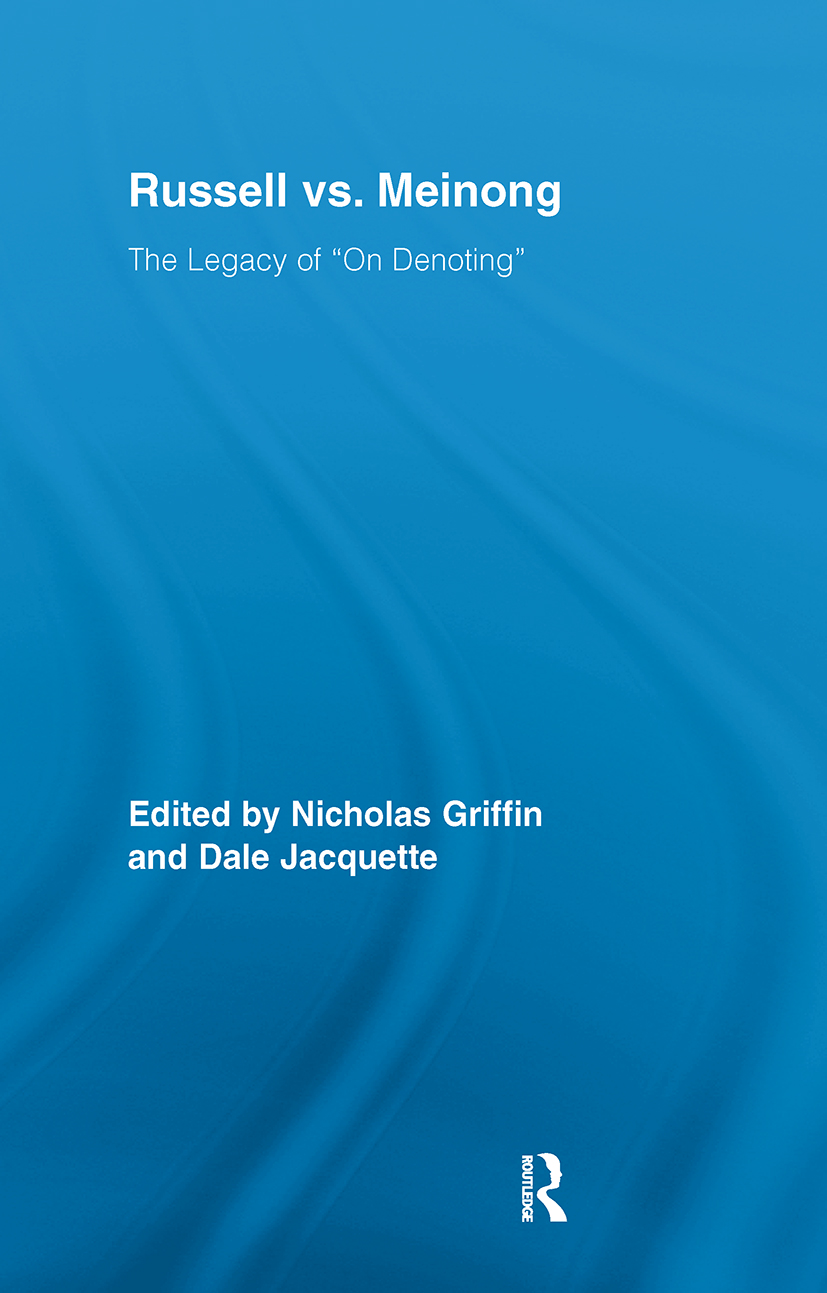 The Legacy of "On Denoting", 1st Edition

A century after ‘On Denoting’ was published, the debate it initiated continues to rage. On the one hand, there is a mass of new historical scholarship, about both Russell and Meinong, which has not circulated very far beyond specialist scholars. On the other hand, there are continuing problems and controversies concerning contemporary Russellian and Meinongian theories, many of them involving issues that simply did not occur to the original protagonists. This work provides an overview of the latest historical scholarship on the two philosophers as well as detailed accounts of some of the problems facing the current incarnations of their theories.

Dale Jacquette is Senior Professorial Chair in Theoretical Philosophy at the University of Bern, Switzerland. He has recently published Meinongian Logic: The Semantics of Existence and Nonexistence; Wittgenstein’s Thought in Transition; On Boole; Ontology; David Hume’s Critique of Infinity; and The Philosophy of Schopenhauer.