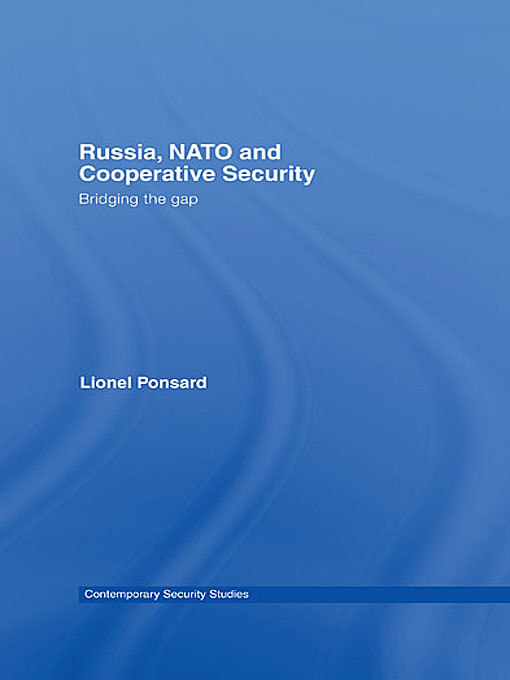 This book explores mutual common ground between Russia and NATO and the potential to move beyond cultural differences, particularly in political culture.

Lionel Ponsard clearly demonstrates how cooperative security could serve as a means to bridge the gap between two supposedly antagonistic entities: NATO and Russia. He skilfully shows that by building confidence between the two parties about each other’s intentions, cooperative security can regulate attitudes that might otherwise lead to misperception.

Focusing on the peculiarity of NATO-Russia relations, this unique book adopts the Russian approach to these relations, drawing on Ponsard’s deep expertise. Three clear parts of this volume articulate this original work: the definition of the Russian identity, Russia’s attitude to NATO and the question of cooperation in Russia-NATO relations. The analysis of the Russian identity sheds some light on what happened to this relationship in the past several years and offers key lessons for today’s considerations of the nation. Difficulties that have arisen since the end of the Soviet Union until the creation of the NATO-Russia Council in 2002 are also stressed and interpreted, adding to an excellent analysis of one of the key areas in contemporary security.

This book will be of great interest to all students of NATO, security studies, Russian studies and international relations in general.

Lionel Ponsard studied at the Universities of Louvain, King’s College London, and Leiden where he obtained his PhD in Political Science. In 1999, he joined the Belgian Ministry of Defense as a Political Advisor and held several management positions at the Belgian General Staff, mainly in the area of political, security and defense issues related to the former Soviet Union. He is currently Deputy Chief of the Academic Research Branch with the NATO Defense College. He has published a number of articles in English, French and Russian on post-Soviet issues and transatlantic relations in various academic journals.