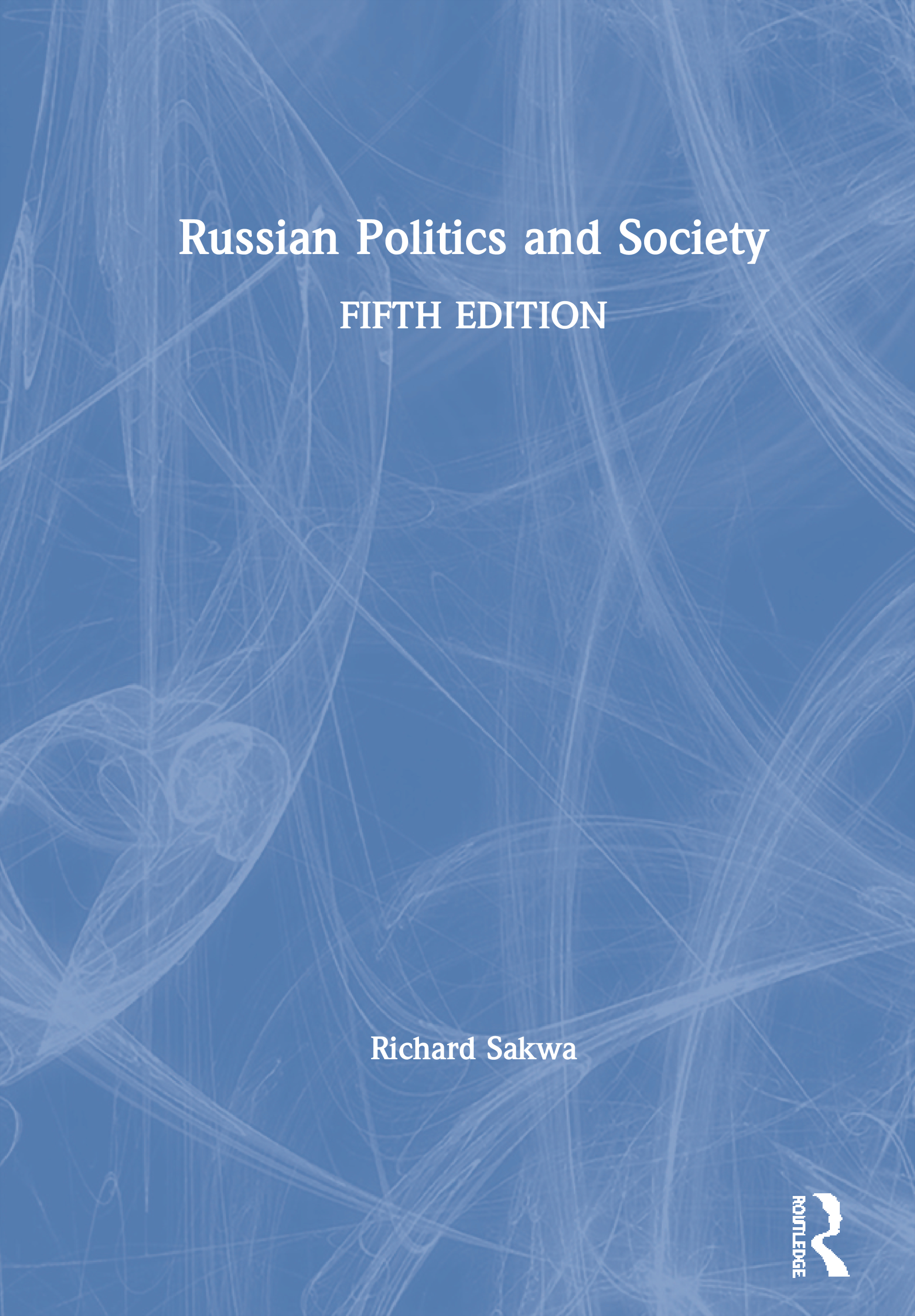 Fully revised and updated to reflect the considerable changes in Russia over the last decade, the fifth edition of this classic text builds on the strengths of previous editions to provide a comprehensive and sophisticated analysis of Russian politics and society.

The new edition incorporates the latest debates about Russian politics, analysing recent institutional and political developments, and examines the electoral cycle and prospects of the president elected at the end of the process.

Written in an accessible and lively style, this book is packed with detailed information on the central debates and issues in Russia’s difficult transformation. An unrivalled textbook on the subject it is essential reading for all those concerned with the fate of Russia, and with the future of international society.

"Richard Sakwa is one of the most perceptive observers of the Russian scene. He not only presents the facts in a comprehensive and engaging fashion but embeds these in lucidly elaborated theory that enables us to make sense of what he is explaining. This fifth edition is a welcome update of what has become the standard textbook on contemporary Russian politics." - Graeme Gill, University of Sydney, Australia.

"In this new edition of his classic study, Professor Sakwa has once again provided us with the definitive textbook on Russian Politics. This impressive text which covers all the key areas of Russian domestic and foreign policy, has been thoroughly revised and updated, and it now has a stronger focus on the Putin era. It will be essential reading for all teachers and students of Russian Politics." - Cameron Ross, University of Dundee, UK.

"The latest edition of Russian Politics and Society is not simply updated but is notably up-to-date; it sets out the latest information and insights across its broad field. Beyond the provision of facts, its academic analysis takes the reader deeper than the snap-shots prevalent in much discussion of Russia today, as befits an author steeped in decades of studying Russia. Sakwa convincingly argues that today’s Russia remains a country still in a state of post-Soviet transition." - Edwin Bacon, University of Lincoln, UK.

2. Soviet Communism and its Dissolution

3. The Disintegration of the USSR

5. Constitutionalism and the Law

17. Post-Soviet Eurasia between Fragmentation and Integration

Richard Sakwa is Professor of Russian and European Politics at the University of Kent, UK.