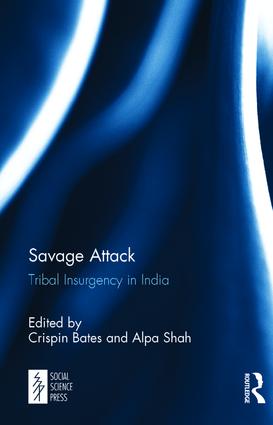 In Savage Attack: Tribal Insurgency in India the authors ask whether there is anything particularly adivasi about the forms of resistance that have been labelled as adivasi movements. What does it mean to speak about adivasi as opposed to peasant resistance? Can one differentiate adivasi resistance from that of other lower castes such as the dalits? In this volume the authors move beyond stereotypes of tribal rebellion to argue that it is important to explore how and why particular forms of resistance are depicted as adivasi issues at particular points in time. Interpretations that have depicted adivasis as a united and highly politicised group of people have romanticised and demonized tribal society and history, thus denying the individuals and communities involved any real agency. Both the interpretations of the state and of left-wing supporters of tribal insurgencies have continued to ignore the complex realities of tribal life and the variety in the expressions of political activism that have resulted across the length and breadth of the Indian subcontinent.

Introduction-Savage Attack: Adivasis and Insurgency in India - Crispin Bates and Alpa Shah 1. We Shall Fight Them on the Beach: Counterinsurgency, Colonisation and the Andaman Islanders, 1771–1863 - Satadru Sen 2. ‘Natural Boundaries’: Negotiating Land Rights and Establishing Rule on the East India Company’s North-Eastern Frontier 1790s–1820s - Gunnel Cederlöf 3. From ‘Natural Philosophy’ to ‘Political Ritual’: An Ethno-Historical Reading of the Colonial Sources on the Konds’ Religion (Orissa) - Raphaël Rousseleau 4. Locating Adivasi Identity in Colonial India: The Oraons and the Tana Bhagats in Chhotanagpur, 1914–1919 – Sangeeta Dasgupta 5. Tribal Armed Rebellion of 1922–1924 in the Madras Presidency: a Study of Causation as Colonial Legitimation - Atlury Murali 6. Events, Incidents and Accidents: Re-Thinking Indigenous Resistance in the Andaman Islands - Vishvajit Pandya 7. The Making and Unmaking of an Adivasi Working Class 200 in Western Orissa - Christian Strümpell 8. Adivasis and Communists in Post-Reform Kerala: Neoliberalism, Political Disillusionment, and the Indigenist Challenge - Luisa Steur 9. Thoughts on Religious Experience and ‘Politics’ in Adivasi India: an Anthropologist Attempts a Rereading of History - Amit Desai 10. Alcoholics Anonymous: The Maoist Movement in Jharkhand, India - Alpa Shah

Crispin Bates is Professor of Modern and South Asian History in the School of History, Classics and Archaeology and Director of the Centre for South Asian Studies at the University of Edinburgh. His research interests focus on labour migration and peasant and tribal history in central India, on which he has published numerous articles. His publications include Subalterns and Raj: South Asia since 1600 (London: Routledge, 2007); Beyond Representation: constructions of identity in colonial and postcolonial India (Oxford, New Delhi: Oxford University Press, 2005), and (with Subho Basu) Rethinking Indian Political Institutions (London: Anthem Press, 2005). Between 2006-08 he was Principal Investigator in an AHRC-funded research project concerning the Great Indian Uprising and is the editor and key contributor to Mutiny at the Margins (New Delhi: Sage, 2013-14), a seven volume series exploring new perspectives on the 1857 rebellion.

Alpa Shah is Reader in the Department of Anthropology at the London School of Economics and Political Science. This book was prepared while she was Senior Lecturer in Anthropology at Goldsmiths, University of London. She is the author of In the Shadows of the State: Indigenous Politics, Environmentalism and Insurgency in Jharkhand, India (Duke University Press and Oxford University Press, India: 2010). She has co-edited several volumes including (with Judith Pettigrew) Windows into a Revolution: Ethnographies of Maoism in India and Nepal (Social Science Press, Delhi: 2012), (with Sara Schneiderman) An Anthropology of Affirmative Action: The Practices, Politics and Policies of Transforming Inequality in South Asia (Focaal, 2013), and (with Tobias Kelly) A Double Edged Sword: Protection and State Violence (Critique of Anthropology, 2013).