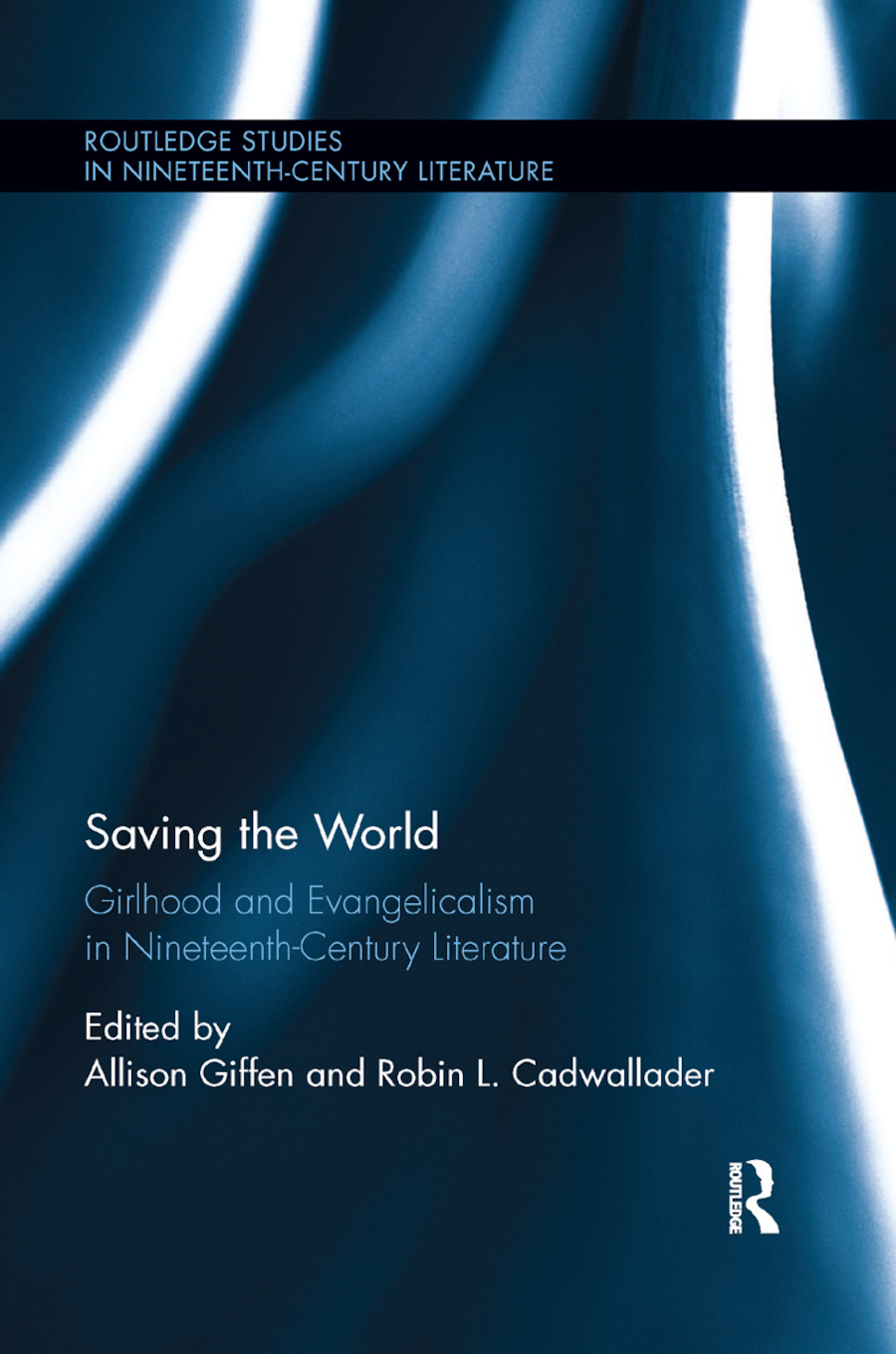 This book makes a significant contribution to the burgeoning field of childhood studies in nineteenth-century literature and culture by drawing on the intersecting fields of girlhood, evangelicalism, and reform to investigate texts written in North America about girls, for girls, and by girls. Responding both to the intellectual excitement generated by the rise of girlhood studies, as well as to the call by recent scholars to recognize the significance of religion as a meaningful category in the study of nineteenth-century literature and culture, this collection locates evangelicalism at the center of its inquiry into girlhood. Contributors draw on a wide range of texts, including canonical literature by Harriet Beecher Stowe, Susan Warner, and Elizabeth Stuart Phelps, and overlooked archives such as US Methodist Sunday School fiction, children’s missionary periodicals, and the Christian Recorder, the flagship newspaper of the African Methodist Episcopal (AME) Church. These essays investigate representations of girlhood that engage, codify, and critique normative Protestant constructions of girlhood. Contributors examine girlhood in the context of reform, revealing the ways in which Protestantism at once constrained and enabled female agency. Drawing on a range of critical perspectives, including African American Studies, Disability Studies, Gender Studies, and Material Culture Studies, this volume enriches our understanding of nineteenth-century childhood by focusing on the particularities of girlhood, expanding it beyond that of the white able-bodied middle-class girl and attending to the intersectionality of identity and religion.

Part I. Fictional Representations of Girls I: Coming of Age and Conversion

3. "You have failed in everything": The Intersection of Spiritual and Academic Educationin Martha Finley’s Elsie Dinsmore (1867) LuElla D’Amico

5. "The things she had to say!": Listening to Deaf-Mute Catty in Elizabeth Stuart Phelps’s The Silent Partner (1871) Jaime Alves

6. Costly Sympathy: Evangelicalism and the Economics of Suffering in The Lamplighter (1854) Alison Tracy Hale

III. Girls in the Archive: Excavating Representations of Girls

8.Daughters of a Reading People: Representations of African American Girlhood and Female Literacy in the Christian Recorder Vanessa Steinroetter

9. Lessons for Girls in Sunday School Stories: Representations of the Missionary Woman in Nineteenth-Century Religious Periodicals for Children in Protestant Canada Patricia Kmiec

10."A Peep at the Heart": The Spiritual Life of Girls in Nineteenth-Century Methodist Fictions James M. Van Wyck and Christopher Anderson

IV. In Her Own Words: The Voices of Girls

Allison Giffen is Professor of English at Western Washington University, US.

Robin L. Cadwallader is Professor of English/Communications and Director of the Women's Studies Program at Saint Francis University of Pennsylvania, US.