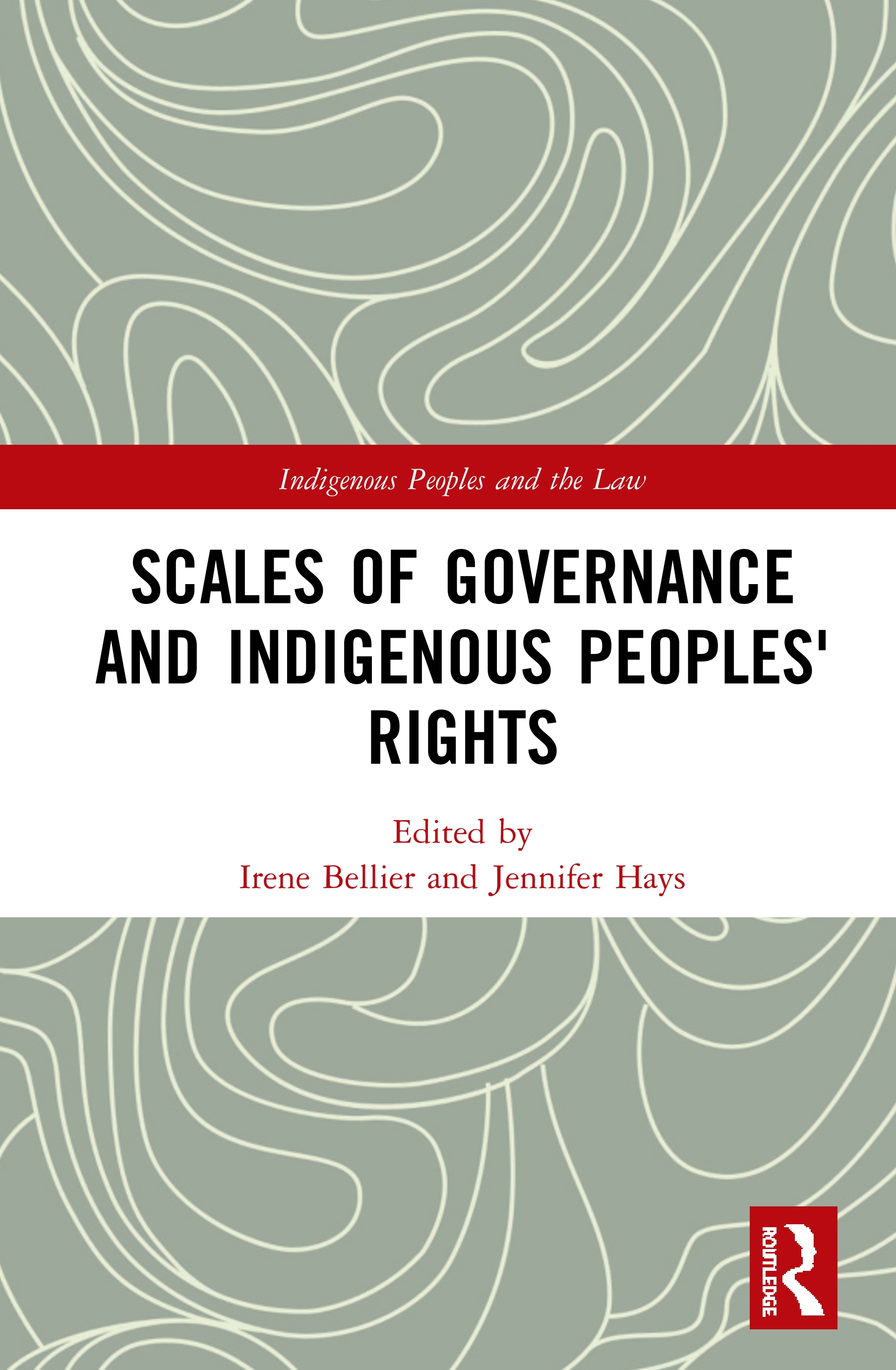 This book takes an interdisciplinary approach to the complicated power relations surrounding the recognition and implementation of Indigenous Peoples’ rights at multiple scales.

The adoption of the United Nations Declaration on the Rights of Indigenous Peoples in 2007 was heralded as the beginning of a new era for Indigenous Peoples’ participation in global governance bodies, as well as for the realization of their rights – in particular, the right to self-determination. These rights are defined and agreed upon internationally, but must be enacted at regional, national, and local scales. Can the global movement to promote Indigenous Peoples’ rights change the experience of communities at the local level? Or are the concepts that it mobilizes, around rights and political tools, essentially a discourse circulating internationally, relatively disconnected from practical situations? Are the categories and processes associated with Indigenous Peoples simply an extension of colonial categories and processes, or do they challenge existing norms and structures? This collection draws together the works of anthropologists, political scientists, and legal scholars to address such questions. Examining the legal, historical, political, economic, and cultural dimensions of the Indigenous Peoples' rights movement, at global, regional, national, and local levels, the chapters present a series of case studies that reveal the complex power relations that inform the ongoing struggles of Indigenous Peoples to secure their human rights.

The book will be of interest to social scientists and legal scholars studying Indigenous Peoples’ rights, and international human rights movements in general.

Part I: Circulating between the scales: the global, the national, and the local

Chapter 1: Participation of Indigenous Peoples in Issues Affecting Them: A Matter of Negotiation at the United Nations

Chapter 2: Defining the terms of Indigenous Peoples' rights in Namibia: The role of the International Labor Organization

Chapter 3: Indigenous peoples’ rights and policies: the role of the UN in Mexico

Chapter 4: Traversing the Scales of Rights: Interventions from Indigenous Peoples of Cambodia at the United Nations

Chapter 6: Decoloniality Put to the Test: The Plurinational State of Bolivia

Chapter 8: The Logic of Elimination in (Post-)Colonial Law: Indigenous Entanglements in the Kimberley region of Australia

Chapter 10: Burning a home that ‘doesn’t exist,’ arresting people who ‘aren’t there’: A critique of eviction-based conservation and the Sengwer of Embobut forest, Kenya

Irène Bellier, is a senior research director at the French National Center for Scientific Research (CNRS) and teaches at the Graduate School of Social Sciences (Ecole des Hautes Études en Sciences Sociales, EHESS) in Paris. She is the director of the Laboratory of the Anthropology of Institutions and Social Organizations (LAIOS) at Interdisciplinary Institute for Contemporary Anthropology (IIAC).

Jennifer Hays is an associate professor of social anthropology in the Department of Social Sciences (ISS) at UiT the Arctic University of Norway, in Tromsø.

Indigenous Peoples and the Law

The colonial modalities which resulted in the pillaging of the ‘New World’ involved wholesale dispossession, genocidal violence and exploitation of their original inhabitants. It was not, however, until the latter part of the twentieth century that Indigenous peoples attained some degree of legal recognition. This book series focuses upon the manner in which Indigenous peoples’ experiences of law have been transformed from an oppressive system of denying rights to a site of contestation and the articulation of various forms of self-governance. Encouraging a range of theoretical, political and ethical perspectives on Indigenous peoples and the law, this book series aims to provide a comprehensive survey of the experience of Indigenous peoples and their changing relationship with national and international juridical frameworks.

The series will include both monographs and edited collections pursuing variety a of perspectives – including, but not limited to, a concern with:

The University of British Columbia