Schoolgirls, Money and Rebellion in Japan 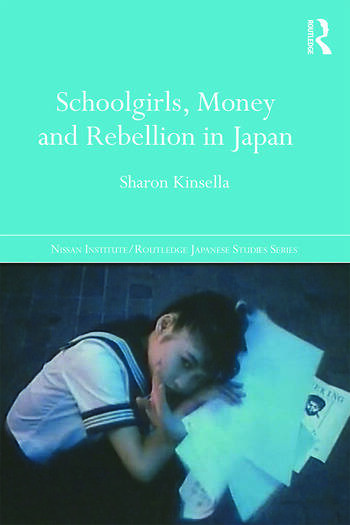 Schoolgirls, Money and Rebellion in Japan

Japanese society in the 1990s and 2000s produced a range of complicated material about sexualized schoolgirls, and few topics have caught the imagination of western observers so powerfully. While young Japanese girls had previously been portrayed as demure and obedient, in training to become the obedient wife and prudent mother, in recent years less than demure young women have become central to urban mythology and the content of culture. The cultic fascination with the figure of a deviant school girl, which has some of its earliest roots in the nineteenth and early twentieth centuries, likewise re-emerged and proliferated in fascinating and timely ways in the 1990s and 2000s.

Through exploring the history and politics underlying the cult of girls in contemporary Japanese media and culture, this book presents a striking picture of contemporary Japanese society from the 1990s to the start of the 2010s. At its core is an in-depth case study of the media delight and panic surrounding delinquent prostitute schoolgirls. Sharon Kinsella traces this social panic back to male anxieties relating to gender equality and female emancipation in Japan. In each chapter in turn, the book reveals the conflicted, nostalgic, pornographic, and at times distinctly racialized manner, in which largely male sentiments about this transformation of gender relations have been expressed. The book simultaneously explores the stylistic and flamboyant manner in which young women have reacted to the weight of an obsessive and accusatory male media gaze.

1. Introduction: The Age of the Girl 2. Gathering and Interpreting the Statistical Evidence 3. Compensated Dating as a Salaryman Subculture 4. Kogyaru Chic and Dressing Up as a Delinquent 5. The Surveillance of Financial Deviancy 6. Girls as a Race 7. Ganguro, Yamanba, and Transracial Style 8. Minstrelized Girls 9. Schoolgirl Revolt in Male Cultural Imagination 10. Problems Compensating Women

Sharon Kinsella is Lecturer in Japanese Studies at the University of Manchester, UK.

"This well-researched and well-written text examines a demographic group that is at the core of Japan's popular culture. Summing Up: Recommended." - Y. Kiuchi, Michigan State University in CHOICE

"While the work incorporates previously published research, the text has solid threads woven throughout the chapters and many recursive arguments that are progressively refined. This is not just a collection of papers and it really shows that much care has been devoted to editing, updating and expanding. This is the work of a scholar at the height of her abilities, who manages to uphold academic accuracy and build a very distinctive critical voice.[…]I would advise anyone already familiar with Kinsella’s work to purchase this book, and for those not familiar with her work, I could not think of a better gateway into her production. This truly constitutes a milestone for future research, and it will be a valuable addition to the reading list of many courses." - Artur Lozano-Méndez, LSE Review of Books

"Schoolgirls, Money and Rebellion provides important contextualization and analysis of the wide range of talk about girls, both concerned and celebratory, in the late 1990s and early 2000s, wherein national (male) anxieties were writ on the body of the schoolgirl. Through its sociological analysis of discourse about schoolgirls, this book is sure to be an important resource for future scholarship on youth trouble and girls in the media at the turn of the millennium." - Jennifer Prough, Valparaiso University, Journal of Japanese Studies